Co-written with Chris Allen of the University of Leicester for The Conversation:

The recently introduced Coronavirus Act 2020 granted police across the UK new powers to enforce “social distancing”. But reports are emerging of police using aerial drones to spy on dog walkers in the Peak District and police in Cheshire issuing court summonses for “multiple people from the same household going to the shops for non-essential items” and “driving due to boredom”.

This has prompted concern about how powers are being used. Branding one police force “disgraceful”, the former Supreme Court justice Jonathan Sumption warned of Britain becoming a “police state”.

The long held British philosophy of “policing by consent” suggests that police authority comes from public acceptance of their legitimacy and fairness rather than through force alone. History shows us that inconsistent law enforcement undermines police legitimacy. It leads to feelings of “unfairness” among the public, which undermines the very notion of policing by consent.

Policing by Consent: Model and Myth

In 1829 the first commissioners of the Police of the Metropolis, Charles Rowan and Richard Mayne, set out nine core principles for officers joining their new police force in London. The model of “policing by consent” was born here. THey were popularly known as Peel’s Principles, after Robert Peel, then Conservative home secretary.

Holding a symbolic, almost mythical, status within the narratives and lore of British policing, the principles required that officers:

Recognise always that the power of the police to fulfil their functions and duties is dependent on public approval of their existence, actions and behaviour and on their ability to secure and maintain public respect.

This respect and approval “means also the securing of the willing co-operation of the public in the task of securing observance of laws”.

For generations, Peel’s Principles formed a central part of a Whiggish view of British history – stressing the innate moral and rational character of the British political and legal system. “Policing by consent” was seen as a historical truism, part of the system’s inevitable superiority.

However, the historian Clive Emsley notes that policing by consent is far more complex and at times contentious than traditional narratives may suggest. With the creation of the Metropolitan Police in 1829, many Londoners were deeply concerned about being policed by a centralized force over whom they had little or no local control. For them, “policing by consent” was a largely abstract notion.

The same is true of certain black and minority communities more recently – in particular those disproportionately targeted by police using stop and search powers. Since 1984, police have had the power to stop, question and search someone if they have “reasonable grounds” to believe they might be carrying stolen or prohibited items. As with the newly-granted Coronavirus enforcement powers, the broad interpretation of “reasonable grounds” resulted in stop and search powers being enforced inconsistently.

The current crisis could exacerbate this. Zubaida Haque, deputy director of race equality think tank the Runnymede Trust, explains that structural inequalities place black and minority communities at a much higher risk of suffering severe illness from COVID-19 and of experiencing harsher economic impacts from governmental measures to slow the spread of the virus.

As such people often live in areas with higher levels of crime, police could use their new powers disproportionately against them solely for being “in the wrong place at the wrong time”. Far from being “in this together”, levels of confidence and trust between certain black and minority communities and police could deteriorate further.

Given the urgency with which the new legislation was introduced, there has been little time for politicians, police, and the public to reflect on the ramifications of enforcement with these powers. They are only set to stay in place for two years, being reviewed on a six-month basis. However, emergency powers introduced before World War II were not repealed until 1959.

There is no evidence to suggest that the current new powers will remain in force past their two-year period. But even this relatively short time-frame could significantly damage trust between the police and communities if police use their powers inconsistently.

We can only hope that the new guidance issued to all police forces by the National Police Chiefs’ Council and College of Policing, calling for “consistent” levels of service from officers and a “single style and tone” ,will lead to the sort of policing that commands public confidence in the legitimacy and fairness of lockdown enforcement.

The idea of policing by consent should not be seen as an historically fixed and inevitable truism that is inevitably here to stay. The way that the police treat communities now and in the future matters. A fair and consistent approach is required if the police are to maintain their legitimacy. 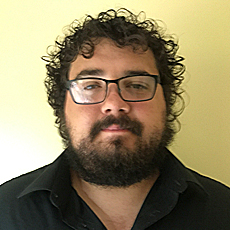