The Challenges of the Year Beyond International Women’s Day 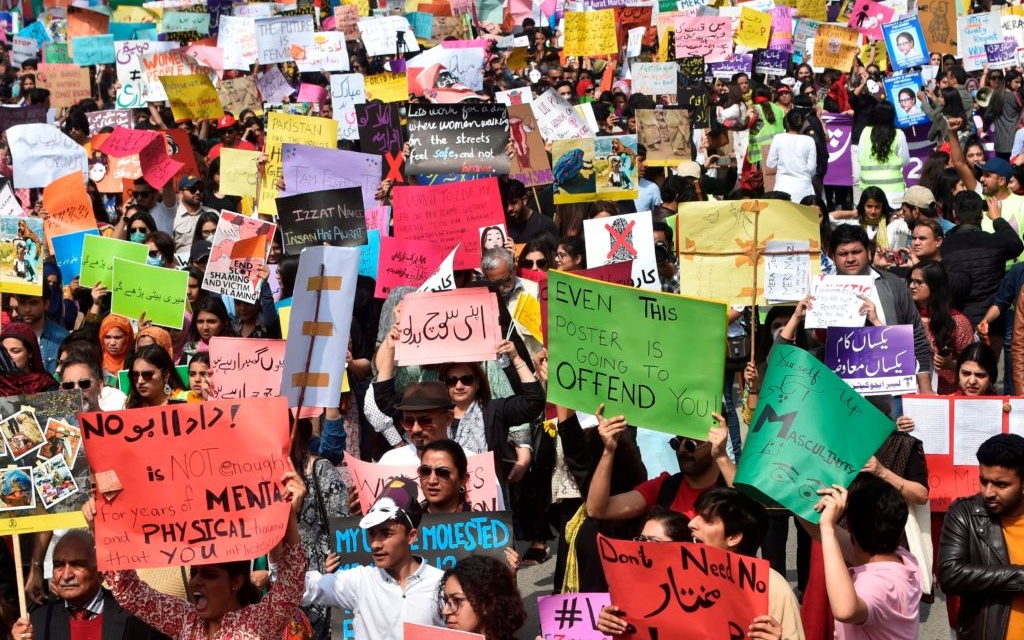 A 21 year-old woman, Anubhuti, is put under pressure by her family in India to get married. She promises to adhere to their terms after completion of her Master’s degree in Ireland.

Barkha, in her early 30s, is being persuaded by her family and her in-laws that it is time to “go in the family way” and have children. She agrees to fulfil their wishes after completion of her education.

Sapna is a victim of domestic violence in her early 40s. She goes abroad to study, but has to leave behind her 8-year old daughter.

The three women do not know each other but their stories, all from my native country of India, have a common thread: curtailment, constraint, and restriction, even for those considered to be relatively well off.

On March 8 we celebrated International Women’s Day. But solidarity is not just for 24 hours, and the limitation of women is not segregated by class, ethnicity, and location in the world.

A narrative of women’s opportunities in India — the home of the world’s second Prime Minister, Indira Gandhi — is belied by the country’s rank of fifth-from-bottom in leadership positions. The legacies of empowerment, through political and business figures such as Sushma Swaraj and Arundhati Bhattacharya, are few and far between.

Cross to Afghanistan, where the Taliban’s rule of part of the country for almost two decades has left the state of women in a shambles. On this International Women’s Day, the group’s spokesman Zabihullah Mujahid said, “We respect women. We congratulate our women – mothers, sisters, wives and relatives – but not in the name of Women’s Day, because it is not in Islam and Sharia.”

Meanwhile, the Taliban regime bans and ostracises women from education and social and professional life. In neighboring Pakistan, some marked International Women’s Day by pelting women and girls with stones.

The rate of femicide in Mexico has risen 137% in the last five years. In India, a woman is raped every 20 minutes. Sexual violence in conflict zones, sexual slavery, and forced prostitution continue. The UN is not immune: there have been almost 2,000 allegations of sexual exploitation and abuse against its peacekeeping missions between 2004 and 2016 in war-ravaged countries.

A 17-year-old girl who was sexually abused by a UN peacekeeper in Haiti says she did not report the crime: “I am walking around the streets feeling destitute because of the UN.”

Women and the Political Ceiling

Cross to the US, which shows the issue of political and professional participation is not just for countries such as Burundi and Nepal.

“The fact that a woman hasn’t won [the Presidency] yet does not mean that a woman cannot win,” says Sen. Patty Murray, the highest-ranking Democratic woman in the chamber. “They just need more exposure,” says Sen. Kirsten Gillibrand, who briefly ran for the Democratic Presidential nomination this year.

But the barrier remains where prominent politicians are seen not as “candidates” but as “women candidates”. Sen. Kamala Harris, another 2020 Presidential hopeful, said she was often asked to describe “what it’s like to be the first woman fill-in-the-blank” on the campaign trail. Polling shows that about 20% of Democratic and independent men continue to hold that women are “less effective in politics than men”.

How to Deal with a Mindset?

The current wave of feminism asks the enduring question, “How can we contest the debilitating effects of a mindset?” Even if there are rules and protocols against discrimination, women are harassed — inadvertently as well as deliberately — because of cultural norms that disfavor them.

The personal is political. The personal tales of three women in India, of teenage girls in Afghanistan, of victims in Mexico or Haiti relate to millions who struggle to create a political and social identity for themselves.

The eradication of the barriers and toxic practices from honor killings to acid burnings to gender apartheid seems a mammoth task.

But as Sushmita Sen says,”The Age of Aquarius is on its way, an age when women will rise.” She has traveled from being a Miss Universe to being a single parent.

And as Malala Yousafzai has said of the long and shifting road to equality, “I raise up my voice — not so that I can shout, but so that those without a voice can be heard. We cannot all succeed when half of us are held back.”