The Rhetoric of the Reactionaries: Hesitate, Deviate, Repeat 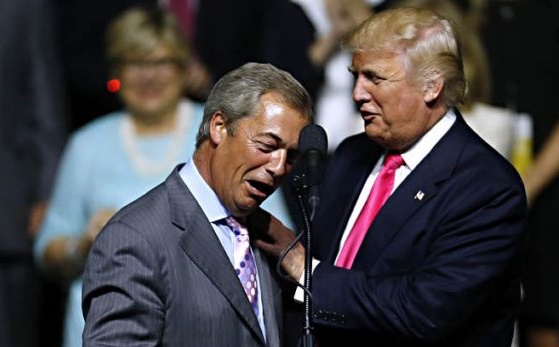 The long-running BBC Radio 4 panel show Just a Minute works on a simple premise. Guest panelists speak on a given subject for 60 seconds. Fellow guests listen out for pauses and lapses — when they press a buzzer, the speaker’s turn in the game has come to an end.

Hesitation, deviation, repetition: these are the errors that will end your time in Just A Minute. But for present-day reactionaries, they are the features of expression that unite them: from Donald Trump to the previous Pope, Benedict XVI, to UK politicians Nigel Farage and Jacob Rees-Mogg.

The common features are a jumping-off point for what unites these reactionaries and how that union is established. In my current project, the article “Why Bad Book Matters” traverses the verbal communication of Trump’s monotony, Farage’s European Union-bashing, and UK Prime Minister’s Boris Johnson’s waffling.

The most compelling evidence is the books that reactionaries write (or co-write or in which they acquiesce in ghost-writing). Generally, commentators on “populism” prefer to pore over speeches, less-guarded semi-private remarks, or tweets. But the books are plentiful, varied, and grounded in the past, opening a promising historical line of inquiry. There is no single format.

The hesitations, deviations, and repetitions that are widespread: they pay no heed to the expectations of fluent, coherent argument that normally accompany the different formats.

Yet the signs are that these mistakes may be beneficial for political success, at least in the short-term. They reinforce sentiments. They allow for the display of non-immediate themes. They seem capable of striking special chords with audiences.

Reactionaries hesitate, bearing out the ancient Greeks’ association of the “diatribe” with “point-dwelling”. Trump’s book promises arguments that never materialize. Palin’s offers meandering quotes that sprawl over two pages. Farage’s book side-steps the tackling of accusations of racism, after drawing attention to the allegations in the first place.

Reactionaries deviate. As the ancient Greeks noticed: if in doubt, one may digress. Trump’s book goes off on tangents to purse thin-skinned grudges. Hitler’s holds court on nearly every topic under the sun. Burke’s book includes an apology for one digression, after waxed lyrical at length about the rough treatment of a French queen.

Finally, and without doubt, reactionaries repeat. Trump’s book constricts vocabulary and likes to trot out the one-sentence paragraph. In Farage’s diatribe, the views or actions of others are nearly always “extraordinary” or “unbelievable”. McCarthy’s has repetition embedded into the page arrangement – the greater part of the book is in question-and-answer style.

Is this trivial? It is – but that doesn’t mean it is trivializing.

Like Just A Minute’s buzzer-pressing panellists, when we spot a hesitation, a deviation, or a repetition, we find something to which it is worth paying far closer attention. The messages that right-wingers send out are not separate from these mistakes — they are revealed in them.

Investigating this, we shake up the usual reference points: coarse working-class ‘populism’; the temptations of nostalgia; the irresistibility of charisma; the proneness of idiots to conspiracy theories.

In place of such stagnant — and often self-serving — platitudes, we would make the space for original thoughts instead. 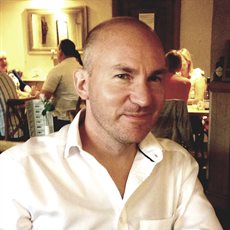 Richard Shorten is Senior Lecturer in Political Theory at the University of Birmingham. He is a political theorist who specializes in the history of political ideas, with particular reference to twentieth-century Europe.