EA on Monocle 24 and talkRADIO: “Americans Will Die Because of Trump’s Incompetence and Ego” 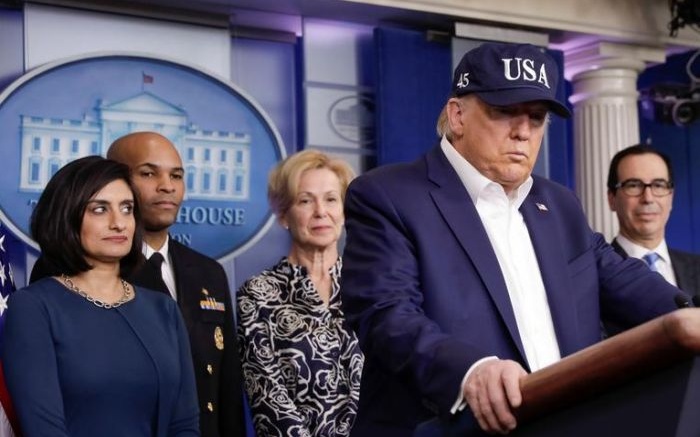 I joined Monocle 24’s Emma Nelson on Monday morning to review the latest announcements from US officials about Coronavirus as they try to cope with a situation compounded by Donald Trump’s ineptitude.

We begin with the Federal Reserve’s cut in interest rates, and continue with the effort to sideline Trump while carrying out belated steps to limit the outbreak.

Both on Saturday and on Sunday, Trump briefly showed up at press conferences to flatter his ego, made some half-assed statements, and told a few lies.

As soon as he left, it was up to the adults in the room, his officials and his medical experts, to talk about the real situation.

ORIGINAL ENTRY: In our latest 15-minute Journey Across Trump-Land, I joined talkRADIO’s Alexis Conran and Gloria de Piero on Saturday to discuss the threat to Americans from Donald Trump’s mismanagement of the Coronavirus crisis.

We also look at Joe Biden’s march to the Democratic nomination for the Presidency, and his chance of restoring competent leadership in the White House in November’s election.

Americans will die because of what this man has done in the past few weeks.

Not only was it a case that America was not prepared, with the lack of testing. Trump has been incompetent, but he is too egotistical to realize his incompetence.