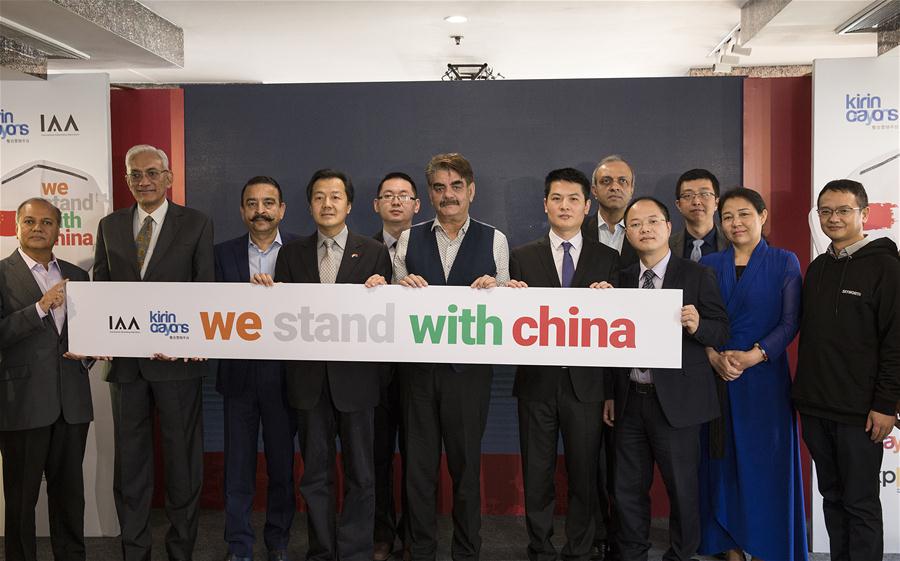 Sumit Bangar, the owner of Skymax International in New Delhi, recalls the SARS virus in 2002-2003, which infected almost 8,000 people and killed more than 700.

The distributor, who has been importing footwear, mobile phone accessories, apparels, and other goodsfrom China for more than 20 years. Now he faces a challenge even greater than SARS: because of Coronavirus, his trip to China is cancelled. His supply lines are in jeopardy.

He foresees a crisis even more arduous than 17 years ago: “It will be a big problem. Staff will not come to work, so there will be increased costs and decreased productivity.”

Small traders are usually the worst hit by a shock to a nation’s economy. Coronavirus — COVID-19 — is no exception.

Indian merchants struggle to import clothes, footwear, electrical equipment, organic chemicals, plastics and fertilizers, electrical machinery, and equipment. from the business hubs such as Guangzhou, Shenzen, and Hong Kong. Food importers have begun deferring shipments of sauces, condiments, and noodles used in preparing Chinese cuisines. The price of India’s most commonly used analgesic, paracetamol, has jumped by 40%; the cost of azithromycin, an antibiotic used for treating bacterial infections, has risen by 70%.

Some traders are looking to source raw materials or finished goods from local Indian manufacturers, but this is a burden on variable costs and shortages are anticipated.

In Tirupur city, known as “textile town”, the textiles manufacturers are in a state of distress. One exporter said his supplies have been stuck in Guangzhou since January. 21.

What’s the Plan B?

China is India’s largest source of imports and its third-largest trading partner. In the 2019 fiscal year, India exported $17 billion, 5% of its total in goods. It imported $70 billion from the Chinese, including core items such as electronic components and pharmaceutical ingredients. China accounts for 85% of components in smartphones in India, and 75% of those in TV sets.

“By March 2020, TV prices will be increased by 10% due to the present crisis in China. There is a major shortage of raw materials along with a sharp 20% increase in open cell panel prices,” says Avneet Singh Marwah, CEO of SPPL, the exclusive brand licensee of Thomson TV. He added that production could decline between 30% and 50%.

Trade exhibitions in China have been cancelled. Some Indian importers have declared force majeure to set aside fulfilment of contracts. With nearly 83,000 cases of coronavirus worldwide, and with the increase in other countries over that in China, India’s small businesses wonder how long this can be endured.

Other epidemics have been contained within months, thanks to the coordination of public health interventions. But the prevailing sentiment now is panic and restlessness,

So, while Finance Minister Nirmala Sitharaman assures that the government will soon announce measures to help ease supply chain disruptions; businesses are seeking flexibility of payments from banks to cover disruption in procurement of raw materials.

But the president of India’s Consumer Electronics and Appliances Manufactures Association, Kamal Nandi, warns that it is not easy to find new suppliers or buyers in a short period of time. Finance Minister Sitharaman noted that supplies from China are being held at Indian ports due to the absence of legal documents.

Ajay Sahai, Director General and CEO of the Federation of Indian Export Organisations, worries that the country’s pharmaceutical and electronics industries are facing a giant setback.

He searches for an answer amid uncertainty: “We should start exploring the options, even if we don’t have to use it. We should be ready with our Plan B.”