The Detention and Abuse of Patrick George Zaky in Egypt 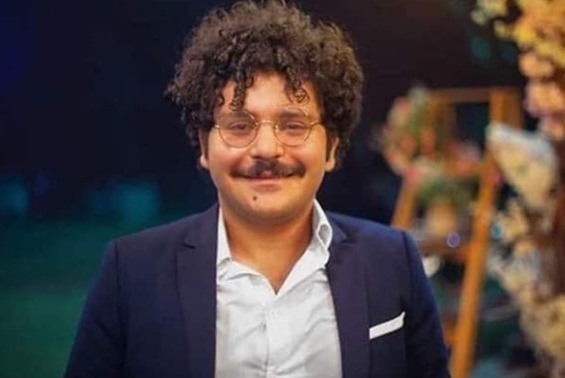 On February 7, Patrick George Zaky, an Egyptian student at the University of Bologna and researcher at an Egyptian human rights organisation, was arrested at Cairo airport. He was accused of several criminal charges which could keep him in jail for many years.

Zaky moved to Italy in August 2019 to start a two-year Erasmus Mundus program on gender studies at Bologna. He flew to Cairo for a brief vacation with his family, but was arrested upon his early-morning arrival at the airport. He was speaking to his father on his mobile phone when he was seized at the passport checkpoint.

Held on an arrest warrant from September 2019, Zaky was blindfolded and moved to an unknown national security facility where two officers interrogated him about his work for the Egyptian Initiative for Personal Rights (EIPR). They threatened him with electrical shocks, so there would be no visible signs of abuse on his body.

Later in the day, he was transferred to another national security complex in Mansoura, his hometown, 130 km (80 miles) northeast of Cairo. Barred from communication with his family or his lawyers, and had no knowledge of his location for 30 hours.

It was only on February 9, about 11 am, that Zaky was able to speak with his relatives and attorneys, who met him at the prosecutor’s office in Mansoura. An EIPR official said:

Questioning at the prosecutor’s office started around 4 pm and it lasted a couple of hours. Patrick had to face a list of trumped-up charges including: harm to national security, incitement of protest without permission, undermining of state authority, incitement to overthrow the state, and incitement to commit violence and terrorist crimes.

At the end of the interrogation, the prosecutor’s office decided on a 15-day detention pending further investigation. After an initial detention at Mansoura 2 police station, Zaky was transferred to Talkha police station where he is currently being held. A team of lawyers has been assisting him, but an appeal against the detention was rejected on Saturday, February 16.

Zaky’s interrogators have cited Facebook posts about the time of his arrest warrant in September 2019. The timing is important: Egypt’s Sisi regime was facing mass protests after Mohammed Ali, a former Egyptian army contractor and actor, revealed President Sisi’s investments and use of public money for personal gain. Meanwhile, many Egyptians are enduring economic downturn and poor living conditions.

Four days before Egyptian authorities issued Zaky’s arrest warrant, thousands of people took to the streets to show their anger over the general who took power in a 2013 coup. It was the largest demonstration since 2016, when there were rallies protesting the sale of the Tiran and Sanafir islands to Saudi Arabia.

The regime response since last September has been brutal. At least 4,400 people have been arrested: among them are well-known journalists, lawyers, university professors and members of civil society organisations.

Egyptian police forced all people, including bystanders, to open their social media accounts for searches of suspicious posts or messages written or shared. The consolidation and expansion of this intrusive investigation, paired with draconian measures, including the anti-protest law and the cyber-crime law, has laid the trap of a sudden, unpredictable detention for many Egyptians.

Patrick has been working for the Civil Liberties Unit of the EIPR, focusing on Christian minorities, women rights, gender issues, and LGBTQI related problems. So far, he has not been added to a judicial case yet and we hope that in the time being the pressure exerted over Egyptian investigative authorities will ward off such outcome.

Saved By A Quick Response?

Hope for Zaky has been sustained by the absence, so far, of his name on a State Security prosecution case.

And it has been propelled by the public response. As the EIPR official summarizes, “Patrick is a very active person and that is probably why he became so popular and people immediately mobilized for his release.”

In Italy, several flash mobs were organized in several cities in support of Zaki’s release. The case is a reminder for Italians of the the death of Giulio Regeni, the Italian student who was forcibly disappeared and tortured to death by Egyptian officers in Cairo in January 2016.

European Parliament President David Sassoli has expressed concern, bringing the rebuke of Egyptian Parliament Speaker Ali Abdel Aal over “unjustifiable and unacceptable” intervention and a threat that the case will “discourage dialogue between the two parliamentary institutions”.

Meanwhile, Zaky takes his place in the line of cases of arbitrary detention and abuse.

In January 2018, an Egyptian-Australian citizen, Hazem Hamouda, was arrested at Cairo airport and detained for more than a year without any formal charge by a judge.

In November 2018, a British student from Manchester, Muhammed Fathi Abulkassem, was arrested at the airport on a visit to Alexandria. He was accused of spying and collecting information of a military facility after he accidentally took a picture of a helicopter. He was eventually cleared of all charges after spending three weeks in jail.

They are the less unfortunate detainees: Zaky is now one of at least 60,000 political prisoners are behind bars. So is Reem Mohamed Desouky, an Egyptian-US citizen who works as a teacher in Pennsylvania, arrested at Cairo airport in July 2019 while visiting her family. Her offense was criticism of the Egyptian government on Facebook. She remains in prison despite a January 20 letter by the Committee of Concerned Scientists to Donald Trump, pleading for his intervention.

It is a statistic — and an abuse beyond a number — making a mockery of the 2019 Gallup Law & Order Index ranking of Egypt as the 8th safest country in the world, above Austria, Denmark, The Netherlands, Germany, and Sweden. 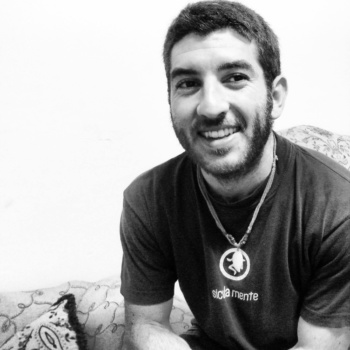