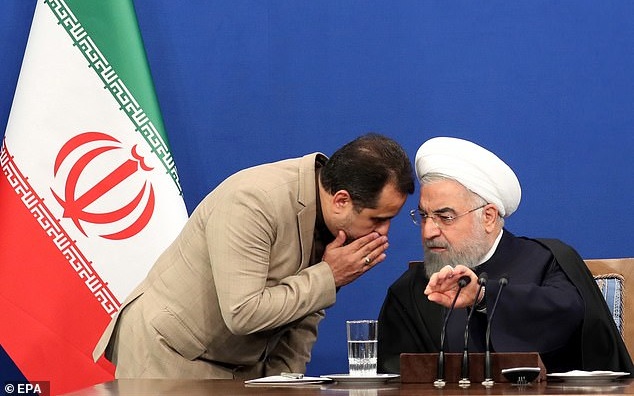 President Hassan Rouhani has muted his criticism of the disqualification of candidates for Iran’s Parliamentary elections, five days before Friday’s vote.

In a Sunday press conference, Rouhani accepted the Guardian Council’s ban on more than half of the 16,000 candidates, including almost all major reformist hopefuls, and appealed to Iranians to participate in the ballot.

If a car manufacturer was supposed to let youu choose from 30 colors, but now says you may choose from 22 colors: you’d better choose one; otherwise they’ll give u a car w/ a color that no one wants.

Two weeks Rouhani complained about the mass ban — including of 92 of Iran’s 290 MPs — by the Guardian Council, whose 12 members are named by the Supreme Leader and the judiciary: “They should at least let there be competition and high turnout….The greatest danger for democracy and national sovereignty is the day when elections become a formality.”

The Council reinstated about 2,000 candidates but maintained the ban on about 8,500. Reformists said more than 90% of their applicants were blocked.

In the 2016 Parliamentary elections, Rouhani-oriented centrists and reformists won the largest share of seats in the Majlis, including all 30 in Tehran. The Guardian Council’s maneuver almost ensures that conservatives and hardliners will regain control of Parliament and take a big share of the capital’s constituencies.

Fearing that many Iranians might not vote after the shaping of the contest, the Supreme Leader has appealed for a high turnout as a display to Iran’s “enemies”.

Making The US The Message

Rouhani shifted attention from the candidates to the US in the press conference, declaring victory over American sanctions: “All indices show that the era of the United States’ maximum pressure has passed and sanctions will not have any fruits for the enemies and their calculations about Iran are wrong.”

He played up the notion of unity through last week’s ceremonies for the 41st anniversary of the Islamic Revolution, and — as he did in his speech on that occasion — often cited the US assassination of Maj. Gen. Qassem Soleimani, the head of the Quds Force of the Revolutionary Guards on January 3.

“The martyrdom of General Soleimani, which was very hard for our people to take, and their attendance in his funeral proved that people will continue the path he chose,” he declared.

But as he spoke about the Iranian military’s downing of a Ukraine jet on January 8, killing 176 passengers and crew, he quietly acknowledged that he knew about the likely circumstances within 24 hours.

Previously, the Government has said that it was not informed by the military — which initially lied that the flight, with more than 100 Iranians aboard, crashed because of engine failure — for more than 48 hours.

After the military and Rouhani finally admitted on January that the jet had been downed by anti-aircraft missiles. The statement sparked several days of protests across the country.

The President played down Iran’s loss of 80% to 95% of its oil exports, hindering the Government’s budget, and problems with productivity, investment, trade, unemployment, and a historically-low currency: “We saw that the country is manageable without oil.”

He rejected talks with Washington without complete removal of sanctions.

We will never go to the negotiation table with weakness, but we will explicitly and powerfully have our say before the world.