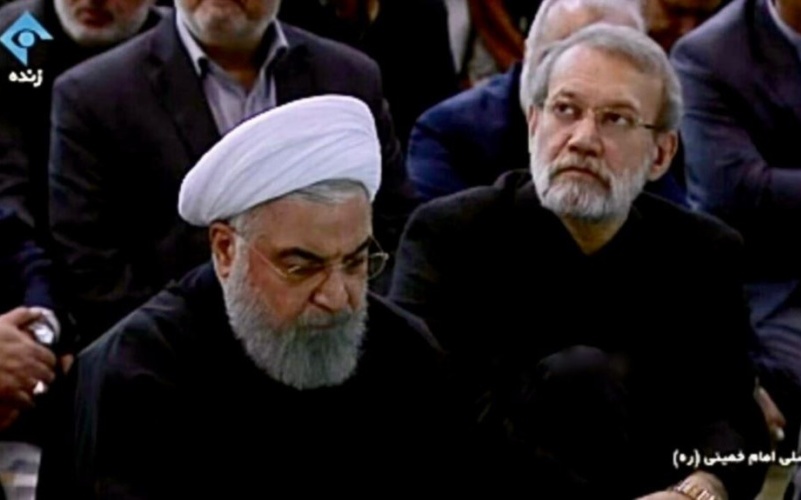 Amid economic problems, conflict with the US, and tension with Europe over the 2015 nuclear deal, Iran’s Parliament Speaker Ali Larijani has threatened an end of cooperation with the International Atomic Energy Agency.

Last week France, the UK, and Germany formally triggered the dispute mechanism over Iran’s suspension of commitments under the deal between Iran and the 5+1 Powers (US, UK, France, Germany, China, and Russia).

Larijani told Parliament on Sunday, “Iran is not much for threats, but we state frankly that if Europe, for any reason, adopts an unfair approach…we will then make a serious decision about our cooperation with the IAEA, and the plan is ready at the Iranian Parliament.”

Under the agreement, Iran is committed to allowing inspections by the IAEA at any time without obstacles. From the time of the deal through June, the Agency has regularly reported Tehran’s compliance with the deal.

Last February, following US withdrawal from the agreement and imposition of comprehensive sanctions, the European Union launched the INSTEX mechanism for purchases of Iranian oil and other commodities and goods, bypassing American restrictions. But Tehran rejected the link because of “humiliating conditions”: the EU’s concerns about Iran’s missile research and development, activities in the Middle East, and alleged involvement in bomb and assassination plots in Europe.

Since June, the Rouhani Government has responded with a series of steps suspending its adherence to the Joint Comprehensive Plan of Action: breaking the limit on stocks of 3.67% uranium, raising enrichment to 4.5%, installing advanced nuclear centrifuges, and halting the redesign of the Arak heavy water reactor to prevent plutonium by-product.

The Parliament Speaker, in a manipulation of Kramp-Karrenbauer’s words, linked this to last week’s announcement by Germany, the UK, and France: “It is regrettable that a European foreign minister explicitly stated that the US has threatened them to increase the auto tariffs by 25% if they did not activate the trigger mechanism.”

He declared, “The problem is not Iran’s behavior, as the Europeans themselves have repeatedly censured the US for withdrawing from the JCPOA. Rather, the problem is the US threats: an economically powerful country is forcing Europe to adopt an unfair and humiliating approach.”

Larijani cautioned, “We will not start this, but [we will] act in accordance with the Europeans’ measures. Therefore it is better for them to be fair and reasonable about this.”