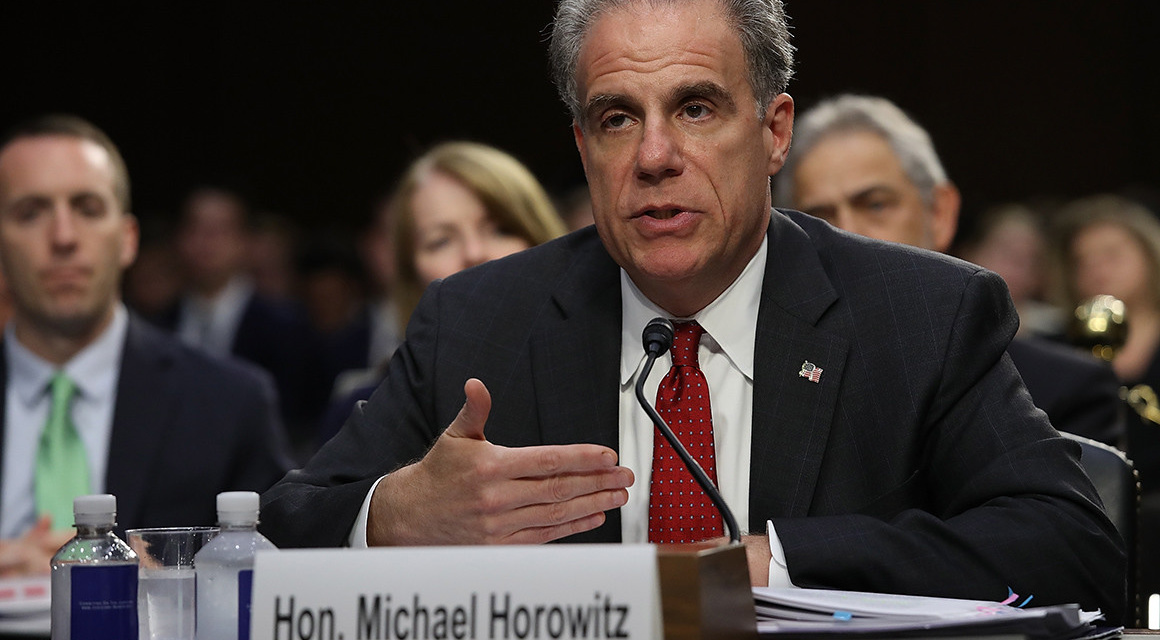 The Justice Department’s Inspector General finds the FBI investigation of Trump-Russia links was legal and without political bias.

As Donald Trump faces impeachment, the report by Michael Horowitz (pictured) demolishes a central effort by Trump and his allies to portray inquiries as illegitimate.

Horowitz stated firmly, “We did not find documentary or testimonial evidence that political bias or improper motivation influenced [the FBI].”

The Inspector General rebuffed Trump’s claim, diverting from the evidence of Russia links, that the FBI “spied” on his campaign as part of a “deep state” plot to prevent him from taking power. He summarized that the agency did not send informants or undercover agents to meet with campaign officials, put any informants inside the campaign, or ask the informants “report on the Trump campaign”.

A Look at Top-Secret Warrant Process

Echoing the criticism of lawyers and civil rights activists, the Inspector General did say there were issues with the process to obtain a surveillance warrant from the Government’s top-secret Foreign Intelligence Surveillance Act (FISA) court.

In October 2016, the court authorized a warrant for US intelligence agencies to monitor the communications of Russian officials, including with Trump campaign staffer Carter Page. The self-proclaimed “oil executive”, who was proclaimed by Trump to be one of his five foreign policy advisors, had been a subject of FBI interest since 2013 when Moscow’s operatives tried to recruit him.

The investigation was also prompted by the statement of Trump staffer George Papadopoulos, made to an Australian diplomat, that a Moscow-linked professor had offered him e-mails that would damage Democratic nominee.

The Inspector General confirmed that the FBI opened its inquiry in July 2016 because of the Papadopoulos statement. He knocked back the Trump talking point that the investigation was prompted by the “Steele dossier”, a collection of 17 memoranda of raw intelligence setting out the connections between Trump as a businessman and candidate with Russian interests and officials.

Horowitz pointed to systematic issues with the handling of applications for the FISA court, with an overstatement of the strength of the case.

The Inspector General recommended a re-evaluation and tightening of procedures. FBI Director Christopher Wray said he was ordering 40 corrective steps to address the report’s recommendations.

Crushed in its effort to portray a “witch hunt”, Trump’s inner circle quickly tried to spin the report as a vindication of their claims.

Attorney General William Barr, a protector of Trump since his appointment in January, blustered, “The Inspector General’s report now makes clear that the FBI launched an intrusive investigation of a U.S. presidential campaign on the thinnest of suspicions that, in my view, were insufficient to justify the steps taken.”

Barr, who sought to bury the Mueller Report on the Trump-Russia links and Trump’s possible obstruction of justice, has tried to shift attention with an investigation of the FBI, headed by US Attorney John Durham.

Durham issued his own statement on Monday to demean Horowitz’s findings. He said he had recently “advised the inspector general that we do not agree with some of the report’s conclusions as to predication and how the FBI case was opened”.

The US Attorney gave no evidence to support his assertion.

But Trump seized the opportunity to divert from the Inspector General’s blow to his “witch hunt” line: “I look forward to the Durham report, which is coming out in the not-too-distant future. It’s got its own information, which is this information plus plus plus.”