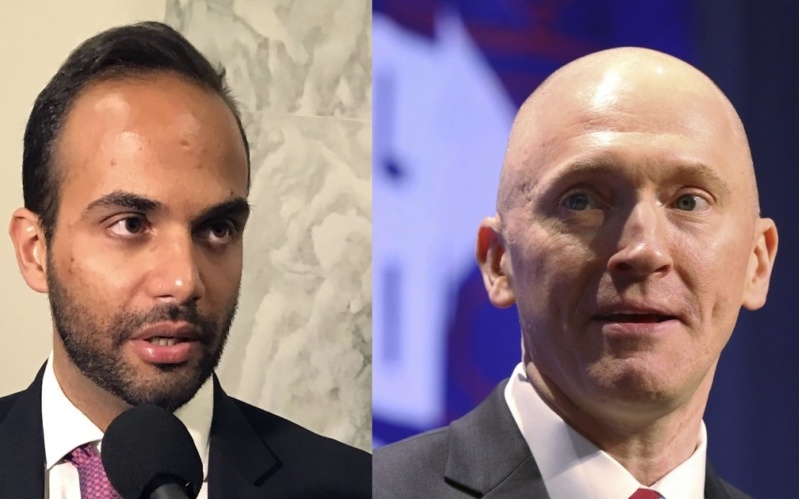 The White House is shaken by reports that a high-level inquiry has concluded the FBI was justified in the launching the Trump-Russia investigation in 2016.

The finding by the Justice Department’s Inspector General, Michael Horowitz, blows up a central talking point of Donald Trump and his allies: that the FBI was motivated by political bias when it opened the inquiry, including a warrant to surveil Russian officials and a Trump campaign staffer, Carter Page, suspected of being a Russian agent.

The FBI was spurred not only by the record of Page — who had been recruited by Russian operatives since 2013 — but by the boasts another staffer, George Papadopoulos, who boasted to an Australian diplomat that the Russians were offering him e-mails stolen from the campaign of Democratic nominee Hillary Clinton.

After The Washington Post broke the news of Horowitz’s report, due to be presented in a week, the White House immediately attacked by telling media that Attorney General William Barr disagreed with the conclusions.

“People familiar with the matter” said Barr is arguing that other agencies such as the CIA have information which could alter the Inspector General’s findings.

One source covered Barr by saying he has praised Horowitz’s overall work.

Officials said that the Inspector General criticizes some FBI employees, including over problems in surveillance procedures, but rebuts Trump’s declarations of a “witch hunt” or politically motivated attack. Horowitz concludeds that the inquiry was opened on a solid legal and factual footing.

Since his appointment in January, Barr has carried water for Trump, trying to bury the Mueller Report on the Trump-Russia connections and possible obstruction of justice. He pre-empted the report’s publication by misrepresenting it as “No Collusion” and continued to ignore its factual findings.

When the report was published in April, Barr tried to divert from it by attacking the FBI. In October he announced a “criminal investigation”, headed by US Attorney John Durham, into the agency. Barr has traveled to countries such as UK and Italy to ask their intelligence and security services to assist Durham.

The Attorney General said in a speech last month, “In waging a scorched-earth, no-holds-barred war against this administration, it is the left that is engaged in shredding norms and undermining the rule of law.”

Barr has refused to appear before legislators to explain his actions, bringing a contempt of Congress charge by a House committee this spring.

The White House sources did not explain how Barr will raise his objection. Every Inspector General report includes a written response from the department, but the Attorney General could make a public statement as he did in the Mueller case.

Other Trump allies and outlets — who for weeks were announcing an Inspector General’s report that would damn the FBI — downplayed the revelation of the impending conclusions.

Rep. Mark Meadows said the accounts were “based on speculation on information which has been leaked”.

He insisted, “There is little doubt in my mind that it will not be one the FBI’s finest days when the report is released.”