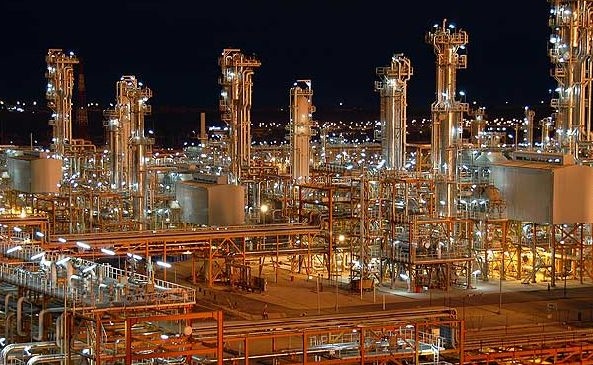 Iran’s Oil Minister Bijan Zanganeh has confirmed that China has pulled out of a $5 billion deal to help develop South Pars, the world’s largest natural gas field, in the Persian Gulf.

The Chinese withdrawal is the latest blow to a troubled Iranian economy under pressure from internal problems and comprehensive US sanctions.

The China National Petroleum Corporation stepped into the South Pars project after France’s Total withdrew from deal in August 2018, with an initial investment of $1 billion and eventual input of $4.5 billion. The CNPC was to be involved in the development of a section, the South Pars oil layer, adjacent to the areas of the field under Qatar’s control.

CNPC officials said they struggled to find banking channels to transfer funds to Iran because of American pressure. CNPC’s financial institution, Bank of Kunlun, is the main conduit to Iran, but it says it is no longer accepting transactions.

In late September, the US Treasury introduced sanctions against Chinese firms with trade links to Iran. Two of the companies, Kunlun Shipping Co. and Kunlun Holding Co., accused of transporting Iranian oil, are linked to CNPC. The US also sanctioned Cosco Shipping Holdings for carrying Iranian oil, forcing the company to halt trading of shares in its oil transport section.

Barter of Iranian oil for Chinese equipment, infrastructure contracts, and consumer goods feel to less than $2 billion in July, from $3.5 billion a year earlier.

Iranian officials had counted on the publicity of bringing new phases of South Pars online before the end of the Iranian calendar year on March 20.

The Oil Minister had warned in July that Iran would not accept further Chinese delays in the project.

Zanganeh said on Sunday that the Iranian firm Petropars will replace CNPC: “Phase 11 of the South Pars has been sorted out and Petro Pars will expand the phase on its own.”

He claimed Iran would develop the necessary technology through the Mapna Group, Iran’s largest energy construction and engineering company. This will include a pressure boost platform that Total was supposed to build.

We want to be friends with all regional countries. Out mutual enemy is outside the Middle East. I have no problem meeting with Saudi Arabia’s Oil Minister.

Iran’s oil exports have been reduced by at least 80% and up to 95% since April 2018, by the US sanctions which were fully imposed last November and tightened this spring and summer.

The Islamic Republic has tried to cover the loss of revenue through sales of petroleum condensate and natural gas, as well as diversification of non-oil exports.