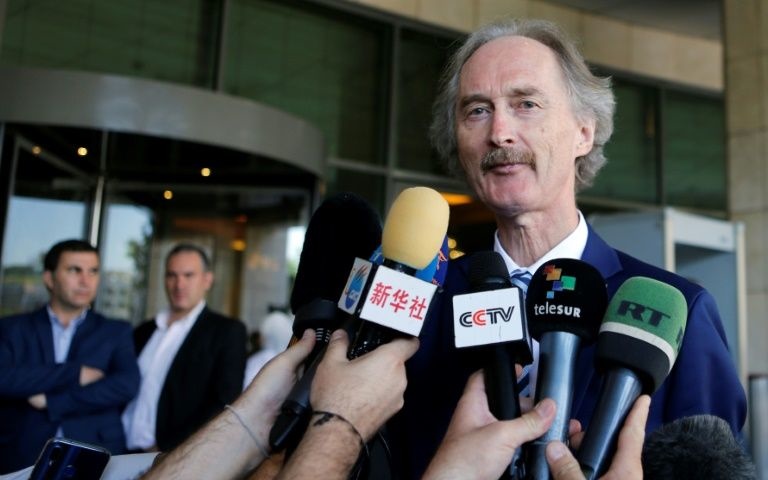 After almost two years of discussions, the UN has announced the formation of a Constitutional committee in Syria’s 102-month conflict; however, the Assad regime immediately moved to set limits on the body.

UN Secretary-General António Guterres said on Monday, “[A] credible, balanced and inclusive Constitutional Committee that will be facilitated by the United Nations in Geneva.”

Russia has propelled the talks over a committee, through the “Astana” process with Turkey and Iran. But the Assad regime had repeatedly objected over Syrian opposition representatives on the body.

Last week, during a summit in Ankara, the Russian, Turkish, and Iranian Presidents agreed the list of 150 participants: 1/3 from the regime, 1/3 from the opposition, and 1/3 named by the UN.

Guterres said, “I appreciate the diplomatic engagement of the Governments of Russia, Turkey and Iran in supporting the conclusion of the agreement…[and] the support of the members of the Security Council and the members of the Small Group (Egypt, France, Germany, Jordan, Saudi Arabia, UK, and US).”

But it is still unclear if the mechanisms governing the committee’s work have not been agreed. And Foreign Minister al-Moallem, according to State news agency SANA, framed regime control through the statement:

The Syrians should decide their future without any interference or foreign pressures in a way that would guarantee the hoped-for progress in the political process so as to restore security and stability to all areas in the Syrian Arab Republic.

The Foreign Minister asserted “Syria’s adherence to the political process, reiterating its readiness to continue cooperation with the Special Envoy”, but made no reference to the opposition. Instead, SANA claimed the two men agreed on “the rejection of all forms of terrorism”.

Pedersen said to reporters after the meeting, “Today I have concluded another round of very successful discussions ….We addressed all outstanding issues related to the constitutional committee.”

The US State Department also cast a bit of shade on the announcement. Its statement hailed “an encouraging step toward reaching a political solution to the Syrian conflict” and appreciated the work of the UN Secretary General, Pederson, Turkey, Russia, and the members of the Small Group — but left out Iran.

The State Department did not let the Constitutional Committee mitigate its criticism of the regime:

The Assad regime must accept the will of the Syrian people to live in peace and not be threatened by targeted violence, arbitrary detention, starvation, and brutality.

Vicious attacks by the Assad regime and its allies against innocent Syrians in Idlib [Province in northwest Syria] must cease immediately for the humanitarian crisis to end and for the political process to go forward.