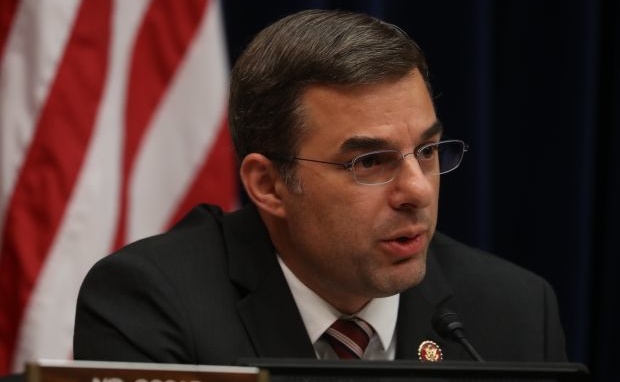 Amash is still the only GOP member of Congress to support the impeachment of Donald Trump. He did not cite Trump by name in his Washington Post op-ed article, as he said:

I’ve become disenchanted with party politics and frightened by what I see from it. The two-party system has evolved into an existential threat to American principles and institutions.

However, parts of the essay could be read as a rebuke to the Republican leadership for aiding and abetting Trump’s policies and rhetoric, as well as a chiding of Democrats:

These are consequences of a mind-set among the political class that loyalty to party is more important than serving the American people or protecting our governing institutions. The parties value winning for its own sake, and at whatever cost.

Instead of acting as an independent branch of government and serving as a check on the executive branch, congressional leaders of both parties expect the House and Senate to act in obedience or opposition to the president and their colleagues on a partisan basis.

Three hours after Amash’s jeremiad was published, Trump insulted the representative on Twitter:

Great news for the Republican Party as one of the dumbest & most disloyal men in Congress is “quitting” the Party. No Collusion, No Obstruction! Knew he couldn’t get the nomination to run again in the Great State of Michigan. Already being challenged for his seat. A total loser!

Amash, 39, is a five-term Congressman who has positioned himself as a libertarian who is ready to challenge the Administration, and even considered a primary challenge to Trump in the 2020 campaign. His status as an independent — the only one in the House — leaves the GOP with 197 members against 235 Democrats.

In May, he said that he had read the entirety of the 448-page Mueller Report, with its documentation of “numerous contacts” between the Trump camp and Russian officials and the evidence of Trump’s obstruction or attempted obstruction of justice. He concluded that Trump had committed offenses that reached the level of removal from the Presidency.

In his op-ed, Amash called out to “independent-minded” Americans to embrace politics:

I’m asking you to join me in rejecting the partisan loyalties and rhetoric that divide and dehumanize us. I’m asking you to believe that we can do better than this two-party system — and to work toward it. If we continue to take America for granted, we will lose it.