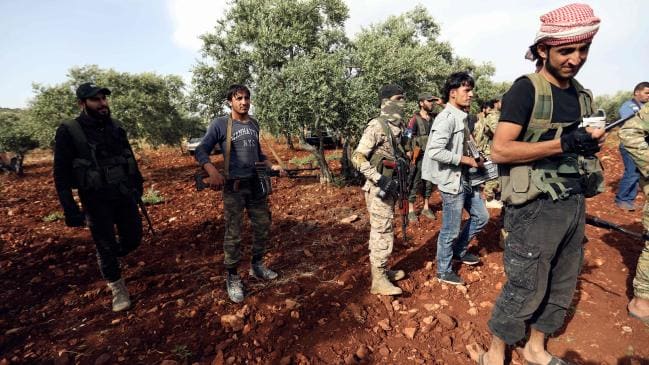 Rebels and the Islamic bloc HTS have extended gains in a counter-offensive in northwest Syria, recapturing territory and inflicting significant casualties on pro-Assad troops.

The counter-offensive, which began Tuesday afternoon, retook the town of Kafr Naboudeh yesterday and is now putting pressure on Qalaat al-Mudiq.

Both towns in northwest Hama Province were seized by a Russia-regime offensive which began May 6 after months of bombardment of frontlines and of civilian areas, breaking a demilitarized zone declared by Russia and Turkey last September.

Local sources, including citizen journalists and pro-opposition activists, reported the capture or killing of senior regime officers. Among them was a colonel captured in Kafr Naboudeh.

Rebels and HTS attacked the Zara power station and used drones to strike the airbase near Hama city, the origin of much of the regime bombing across Idlib and northern Hama Provinces.

Anti-tank guided missiles were used in their largest numbers since 2017. Sources said rebels can replenish stocks with even more ATGMs taken in the past two days.

It also appears that Turkey, which has had troops alongside rebels in northwest Syria since August 2016, has stepped up supply of heavy weapons to the rebel National Liberation Front.

The Turkish Government has been relatively silent in public about the breaking of the demlitarized zone, but Defense Minister Hulusi Akar said Turkish forces will not leave 12 observation posts despite pro-Assad fire near three of them.

Pro-opposition accounts claimed “hundreds” of casualties in pro-Assad ranks, with one pro-rebel activists asserting up to 400 killed and another 400 wounded since the start of the May 6 offensive.

There is no verification of the claims, or reliable reports of casualties on the rebel-HTS side.

But the pro-Assad blog Al Masdar tipped off concern in the regime. Claiming a “military source”, the site declared “The Russian Air Force [is] attempting to weaken the jihadist resolve at the northern district of Kafr Naboudeh.”

In addition to the setback in northwest Hama, pro-Assad forces failed for a fourth time to capture the key mountaintop town of Kabani in northeast Latakia Province.

Occupation of Kabani would open the way for further assaults into Hama and Idlib Provinces, but the regime has suffered heavy losses in its attempts. Russian airstrikes, essential for any advance, are limited by the position of the town.

An estimated 3 million people — about 20% of Syria’s remaining population — live in Idlib and northern Hama Provinces, the last major opposition area in Syria. Many of them have been displaced by pro-Assad assaults and forced transfers from other parts of the country.

From mid-February and the escalation of pro-Assad bombardment, hundreds of civilians have been killed or wounded. Hundreds of thousands have fled since September, going to overcrowded camps near the Turkish borders or living under trees.

The UN said last week that up to 160 civilians were slain since late April, with another 180,000 people displaced and at least 18 medical facilities destroyed or damaged.