Iran Daily: US Claims Iranian Threats to US Troops in Iraq — But Questions Surface Immediately 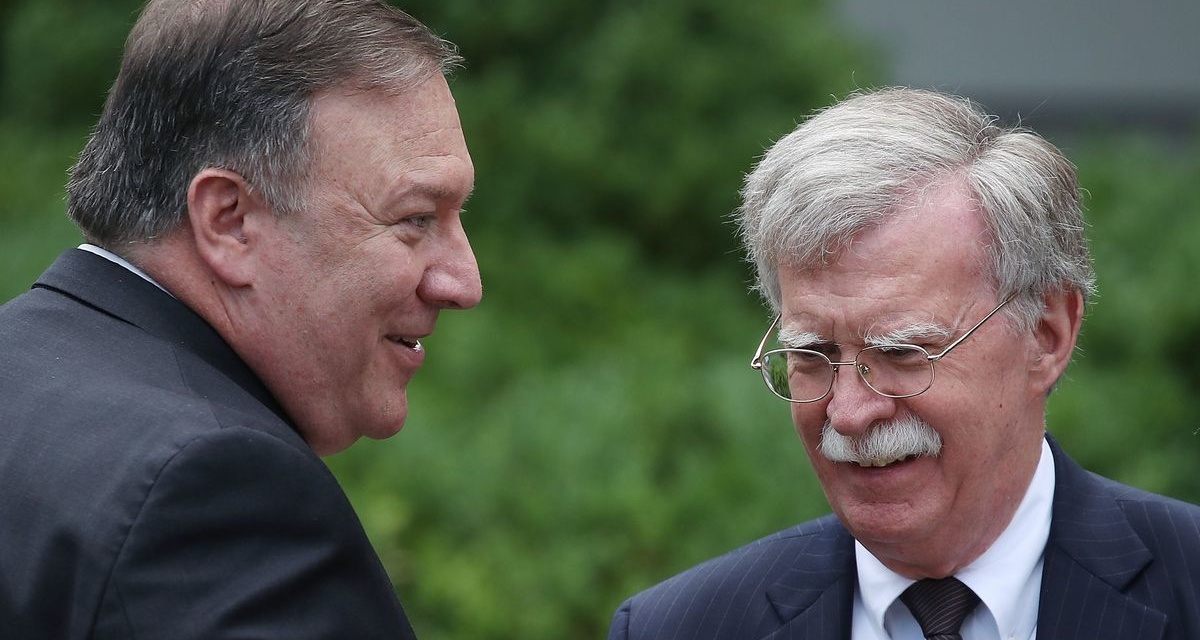 Justifying its latest expansion of sanctions against Iran and moves of air and naval forces to the Persian Gulf, Trump Administration officials assert credible intelligence of Iranian threats to US troops in neighboring Iraq and in Syria.

But the claims have immediately raised questions and some scepticism, amid the Administration’s efforts at regime change in Tehran.

Three officials said on Monday that new intelligence had led to the deployment of an aircraft carrier strike group and Air Force bombers.

“What we’ve been trying to do is to get Iran to behave like a normal nation,” Secretary of State Mike Pompeo told reporters in Finland.

We are fully prepared to respond to any attack, whether by proxy, the Islamic Revolutionary Guard Corps, or regular Iranian forces.

Any attack on United States interests or on those of our allies will be met with unrelenting force.

However, officials gave no details about the supposed Iranian threat.

Analysts noted that lack of supporting information. Vali Nasr, a member of the State Department’s policy board and dean of the Johns Hopkins School of Advanced International Studies, said, “In the absence of some solid evidence about what triggered this action, it feels like the US is picking and choosing what it considers a threat.”

Rozen said, from her sources, “People have been told not to repeat Bolton’s lines….That’s on US side. From allies even more bewildered/something else.”

She concluded, “Hard not to suspect this is Bolton and crew making things up.”

Well-connected Israeli journalist Barak Ravid added another dimension with the report that
Israel passed information on the alleged Iranian plans to the US.

Ravid wrote the inteligence was “not very specific” but, citing the officials, said “it was clear the threat was against a US target in the Gulf or US allies like Saudi Arabia or the UAE”.

In the past month, the Trump Administration has sharply escalated comprehensive sanctions, imposed in November, on the Islamic Republic.

It designated the Revolutionary Guards a “foreign terrorist organization”, with the US Treasury claiming 11 million people connected to the military force could be covered by sanctions.

Two weeks ago, the Administration announced that it is ending sanctions waivers this month for Iran’s top oil customers such as China, India, South Korea, Japan, and Turkey.

Tehran has said it will respond to the moves, but so far has limited action to the “terrorist” designation of US Central Command, which operates in the Middle East and Central Asia.

On Monday, the Supreme National Security Council said the US air and naval deployment is a “gauche” attempt at psychological warfare.

Europeans: Iran May Suspend Some Parts of Nuclear Deal

European diplomats, having spoken with senior officials in Tehran, said Iran may carry out its long-asserted warning that it will suspend parts of the July 2015 nuclear deal.

The Trump Administration withdrew from the accord in May 2018, setting up for comprehensive sanctions, but the Islamic Republic has maintained compliance with the agreement with the 5+1 Powers (US, UK, China, Russia, France, and Germany).

Iranian officials, including President Hassan Rouhani and Atomic Energy Organization head Ali Akbar Salehi, have said Tehran could resume research and development of IR-8 centrifuges. The step could lead to Iran resuming production of 20% enriched uranium, which potentially can be further enhanced to 90%+ military grade.

Under the nuclear deal, Iran ended production and shipped out all of its 20% stock.