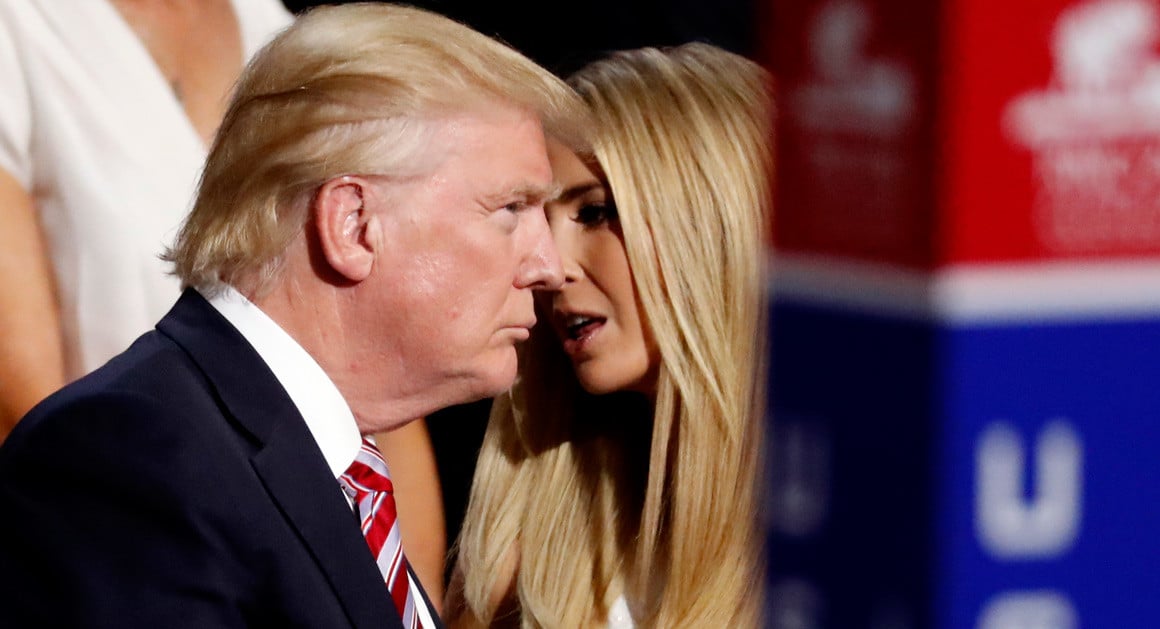 Donald and Ivanka Trump at the Republican National Convention, July 2016

Donald Trump ordered officials to give his daughter Ivanka a security clearance against their recommendations.

“Three people familiar with the matter” said Trump made the demand of Chief of Staff John Kelly and White House Counsel Don McGahn.

Last week it was revealed that Trump commanded his staff to give Ivanka’s husband Jared Kushner a top-secret clearance despite concerns that Kushner was compromised by foreign powers because of his financial affairs. Kelly was so worried that he wrote an internal memorandum detailing he had been ordered to issue the clearance.

After concerns were raised by the personnel office, Trump pressured Kelly and McGahn to grant clearances to both Ivanka and Kushner, ensuring it did not appear as if Trump was interfering to favor his family. When both men refused, Trump granted the security clearances anyway.

Trump has denied he had any role in the clearances. Three weeks ago, Ivanka said her father had “no involvement” in her case or that of Kushner.

“Several sources” said Ivanka may have been unaware of the red flags raised during her background check, as well as Trump involvement. One said she “did not seek, nor have, outside counsel involved in her process as no issues were ever raised”.

In February 2018, Kushner’s clearance was downgraded to secret after Kelly made changes to the security clearance system. Trump badgered aides for months about the issue, saying there was no problem because Kushner and Ivanka would likely move back to New York soon.

In May, Trump gave Kushner the top-secret clearance.

On Tuesday, the White House rejected a request, from House Oversight Committee Chairman Elijah Cummings, for documents on the security clearance process.

White House Counsel Pat Cipollone said the committee’s request for the information was “without legal support, clearly premature, and suggests a breach of the constitutionally-required accommodation process”.