Mother’s Day in Iraq : Corruption and the Victims on the Mosul Ferry 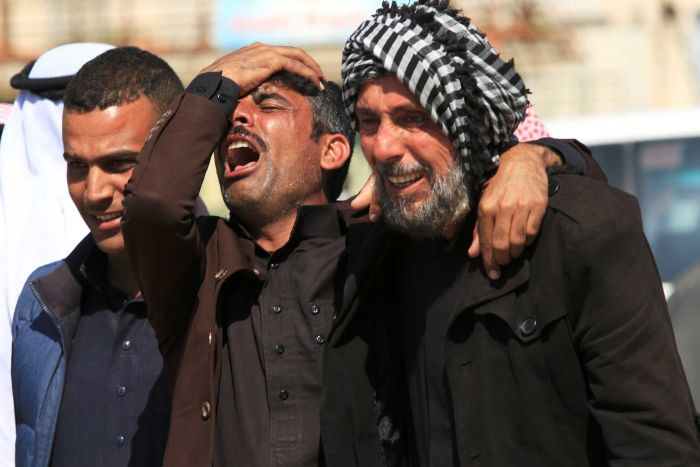 Last Thursday, when Iraqis should have been celebrating Nowruz and Mother’s Day, they mourned after a ferry carrying more than 200 people sank in the Tigris River in Mosul, moments after it launched.

More than 100 people died and many are missing and presumed dead, with only 55 passengers rescued. The majority of the victims were women and children who could not survive the fast river currents. With children separated from their parents, there were heartbreaking scenes of agony at the site or near the medical-legal institute in Nineveh.

CCTV cameras captured the ferry overturning. There were no lifeboats or life jackets. Moving to the other side of the vessel in a desperate attempt at balance, the passengers were thrown into the river when the ferry succumbed with one of the two mooring cables broken.

Iraqis who had exchanged greetings on social media watched footage of people drowning, their heads barely seen over the water as they fought the currents. The scenes brought memories of the hundreds who died in the Tigris after the Al-Aaima Bridge stampede in 2005. As they watched the victims, mostly families celebrating the day, people across the country responded with solidarity and compassion.

Mosul Mayor Zuhair Aaraji said the boat was overcrowded, causing it to capsize. He said he had warned the ferry owners that the craft should be repaired.

But local authorities later said that the amusement managers and ferry owners ignored warnings of rising water levels and strong currents. Nineveh Mayor Abd al-Sattar Habu asserted that the Department of Water Resources had announced high waters because of the opening of dams.

Whatever reason was given for the disaster, officials and local authorities appeared to evade responsibility. The incident is not the first: the sinking of a Tigris floating restaurant in Baghdad in 2013; the demise of an Euphrates ferry in Nasiriya in 2014, killing 20 people in total; and the Karada mall blaze that followed an Islamic State suicide attack in July 2016, with 300 Eid shoppers dying, to name but a few preventable tragedies.

Recently, chaos erupted at an overcrowded Al-Shaab football stadium in Baghdad. Tickets were sold to 70,000 fans, more than double the maximum capacity of 30,000. On this occasions, deaths were averted when the match was cancelled, albeit without compensating the crowd.

Following each incident, officials claimed that investigations were underway to hold those responsible to account. But nothing happened. No one resigned.

This time, the immediate response of Prime Minister Adil Abdul-Mahdi was to promise accountability, amid three days of national mourning.

Challenged by large protests that erupted the day after the ferry sinking — with demands for justice and condemnation of the aggressive behavior of Nineveh Governor Nawfal al-Akoub towards demonstrators — Abdul-Mahdi asked Parliament to remove the governor and his deputies “proven negligence, incompetency, and abuse of power”. On Sunday, legislators agreed.

Since he came to power in 2015, Akoub has faced numerous fraud and corruption charges. Despite widespread protests by Mosul’s people about his failure and the damage that he brought to an already war-torn and turbulent city, the Governor has remained in power because of the support of powerful parties and their militias.

Akoub’s future, amid the allegations of incompetence and abuse of power, raises wider issues. Failure to remove him will appear to be a green light for the governor to get away with his actions.

Since Nineveh Province was freed of ISIS, it has suffered from negligence and lack of reconstruction plans, with the only remarkable efforts for recovery made by individual volunteers. The continued erosion could reopen the door for the Islamic State.

Beyond Akoub and Mosul, the problem is not about one governor, official, council, or city. The Governor is the facade of a corrupt kleptocracy, supported by both US and Iran as they compete for influence. In other provinces, the picture barely differs: networked corruption facilitated by competing parties, militias, religious authorities, and tribes at the expense of people’s suffering. Its testimonials are salty water, poor electricity, poor public services, unemployment, miserable health and education, and lack of security.

Mosul’s ferry tragedy will become a metaphor for Iraq as a whole, a monument to a collective failure of responsibility. For 16 years, the only successes of Iraq’s has been to turn any opportunity for joy into a tragedy that takes over people’s memories and stamps out their happy occasions. The Tigris is the grave of our people and our pain: from the Al-Aima bridge stampede to the Speicher massacre to the screams of the women and children who sank last Thursday.