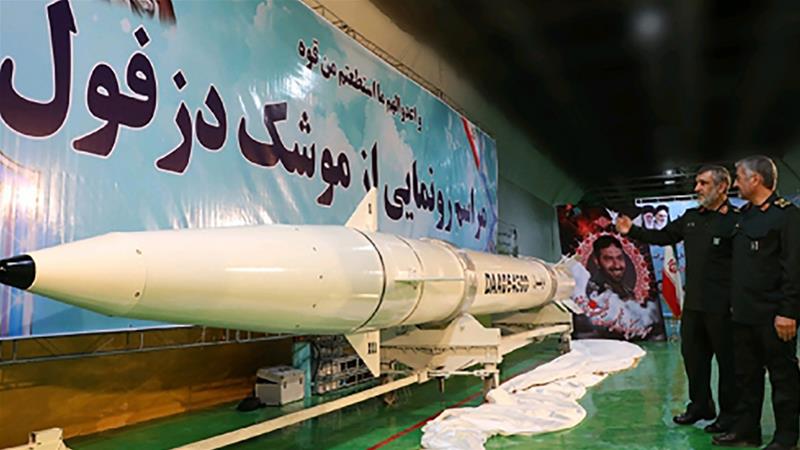 Maintaining defiance of its economic crisis, US sanctions, and the European Union, Iran has unveiled an underground plant to manufacture precision ballistic missiles.

The production facility was opened by Revolutionary Guards commander Mohammad Ali Jafari in a ceremony on Thursday:

Unveiling this missile production city deep underground is an answer to the idle talk made by the Westerners, who assume they can restrict us and dissuade us from [pursuing] our long-term goals by means of threats and sanctions.

“Today, the mass production of advanced precision and smart missiles became a reality within the IRGC’s aerospace force,” Jafari proclaimed.

Last Saturday, during the ceremonies for the 40th anniversary of the Islamic Revolution, Defense Minister Amir Hatami introduced a new cruise missile with a claimed range of more than 1,350 km (840 miles).

The Trump Administration has used Iran’s missile program as part of its justification for leaving the 2015 nuclear deal and imposing comprehensive sanctions from November 5.

The issue has also contributed to the breakdown of a vital link with Europe to prop up Iran’s troubled economy.

Last week the European Commission approved a limited Special Purpose Vehicle, bypassing American sanctions for non-dollar trade in Iranian oil and other commodities and goods. The Europeans linked the arrangement to concerns over Tehran’s missile development and its actions in the Middle East.

After initially welcoming the SPV, Iranian officials condemned the “humilitating conditions” attached to the SPV.

Jafari referred to the breakdown in his remarks:

Iran’s defensive capability is deterrent and in line with preserving its national security, and it cannot be subjected to any transaction or negotiation.”

Brig. Gen. Hajizadeh added a jab over the 1980-1988 Iran-Iraq War: “[Europeans] should be answerable for their support for Saddam and crimes against the Iranian nation. We do not trust the Europeans, and it is better for them not to sacrifice themselves for Trump.”