Brexit: Explaining The Insurance Policy of the Irish Backstop 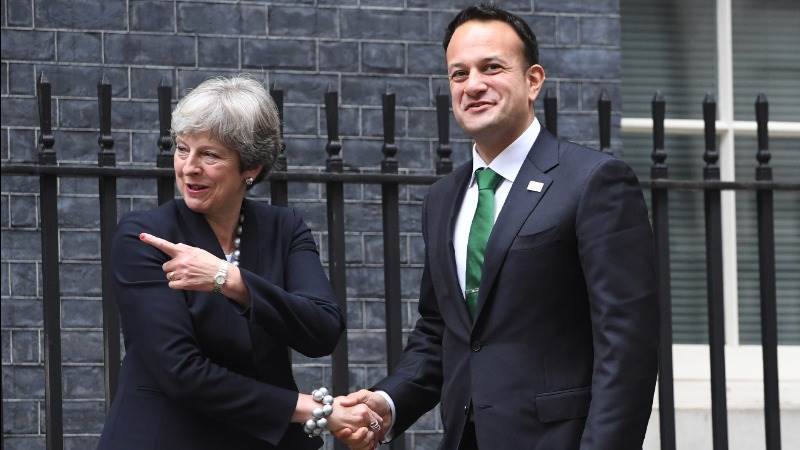 They say you can insure anything. Pay the right price and you can insure David Beckham’s foot, a food critic’s taste buds, or even against the rain ruining your holiday. But can you insure the economic stability of an island, and decades of peace? That’s the essence of the Brexit Backstop question.

About half of the MPs in Westminster are unhappy with the backstop and have asked the Prime Minister (bizarrely, with her encouragement) to reopen negotiations with the EU on this aspect of the divorce deal. Specifically, they want the Backstop replaced with ‘alternative arrangements’ that can keep the Irish border open. The funny thing — if there is anything funny about any of this — is that the Backstop already makes provision for alternative arrangements. The Withdrawal Agreement notes that the UK and EU intend “to replace the backstop solution…by a subsequent agreement that establishes alternative arrangements”. This is why the Backstop is referred to as an insurance policy; everyone hopes it won’t have to be used.

The Backstop as it currently exists, says that until the UK and EU can agree on those better alternative arrangements, there would be a “single customs territory” and that Northern Ireland would continue to follow the rules and regulations of the EU Single Market. The provisions on customs would establish a single market that covered the whole of the UK and the EU and would mean that there would be no tariffs, quotas, or checks on rules of origin between Britain and Northern Ireland or between the UK and the EU. A slightly different approach is taken to the Single Market, with only Northern Ireland being obliged to continue with those rules. However, the rest of the UK could keep its regulations close to the EU and Northern Ireland if it chose to.

These two solutions, developed after much negotiation, neatly resolved the concerns of the Democratic Unionist Party about a border down the Irish Sea, stopped the emergence of a hard border in Ireland, and satisfied the EU that its rules and structures would be respected.

So what is in the Backstop insurance policy that has led half of our politicians to revolt against it? For the Democratic Unionist Party, it is primarily a mistrust of their colleagues in Westminster that they fear the rest of the UK might in future choose to diverge from the rules that Northern Ireland is obliged to follow. For the rest, comprising mainly Conservative MPs, it is nothing much to do with Northern Ireland at all. Rather it is an objection to the UK having to remain in under the EU’s customs rules — and potentially Single Market regulations — after Brexit.

Whatever compromise can be clutched from the jaws of defeat on the Backstop issue, it is important to remember it is just one small part of the Brexit deal for Northern Ireland. While trade and markets have dominated discussions, there are crucial provisions for human rights and cooperation in Ireland that are all central to the peace process. With the Backstop pulling the attention, the guarantees in the other parts of the deal should not be forgotten.

Can the peace be insured? The answer is undoubtedly, “Yes”. But, like most insurance policies, there are conditions attached; no extreme sports, follow the Single Market rules, earthquakes aren’t covered, and you have to stay in the customs territory until you find a better solution. The question really then becomes: how much do you value the insurance and the thing it protects?