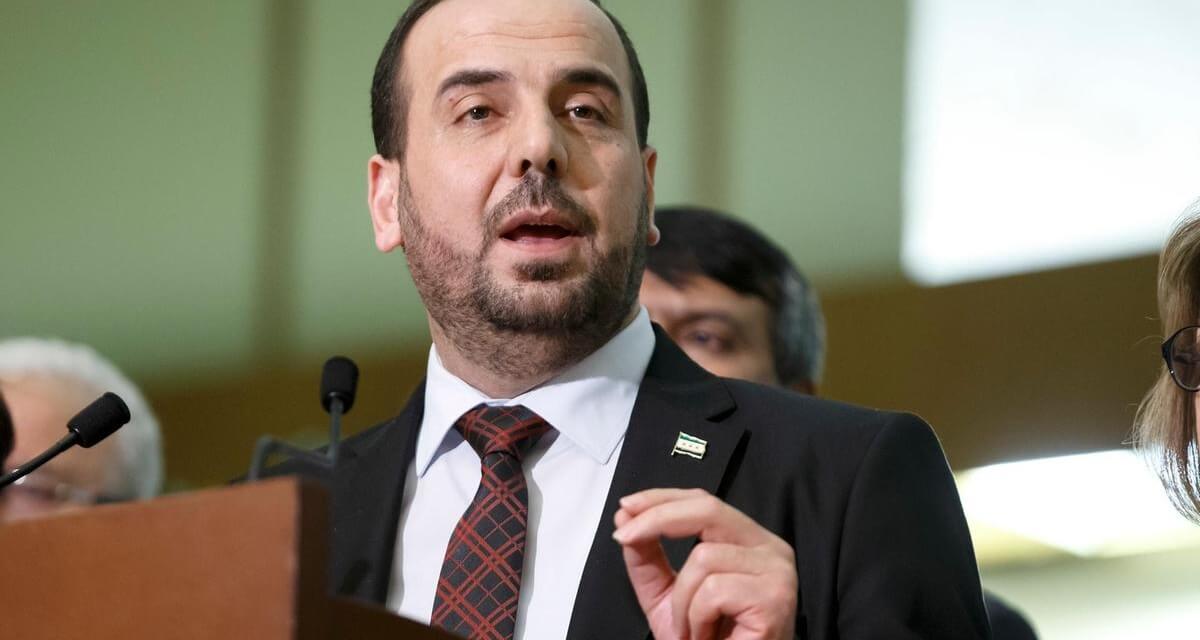 Syria’s main opposition group has declared that a political solution is possible amid ceasefires in the country’s 94-month conflict.

Nasr al-Hariri (pictured), the head of the High Negotiations Committee, pointed on Saturday to a short-term partition with a hope of a political settlement across the country beyond that.

“I think now that we have an opportunity, because nearly in Syria we have a ceasefire now, in the northeast of Syria and the north of Syria, and the efforts of fighting terrorism has achieved good results,” Hariri told Reuters in an interview in the Saudi Arabian capital Riyadh.

In September, Russia and Turkey declared a demilitarized zone in northwest Syria, the major opposition territory in the country. The agreement staved off a Russian-regime offensive to overrun the area.

“Now it is time to invest all of these developments: the ceasefire, fighting terrorism, the belief of the majority of the Syrian people that the only solution to the Syrian crisis is the political solution,” Hariri said.

The Russian-led political process has stalled over the Assad regime’s objections to participants in a Constitutional Committee. A meeting between Russia, Turkey, and Iran last month failed to make any progress.

Bashar al-Assad, whose regime has been propped up by Russia and Iran, has refused to give up power in a political transition.

Some Arab countries have begun a return towards relations with Damascus. The UAE has reopened its embassy, and Bahrain is reportedly planning on doing so.

But Hariri said, “All the countries — Turkey, to some extent Russia, and the Arab countries — believe…that without a political solution, the normalization with the regime would be impossible.”