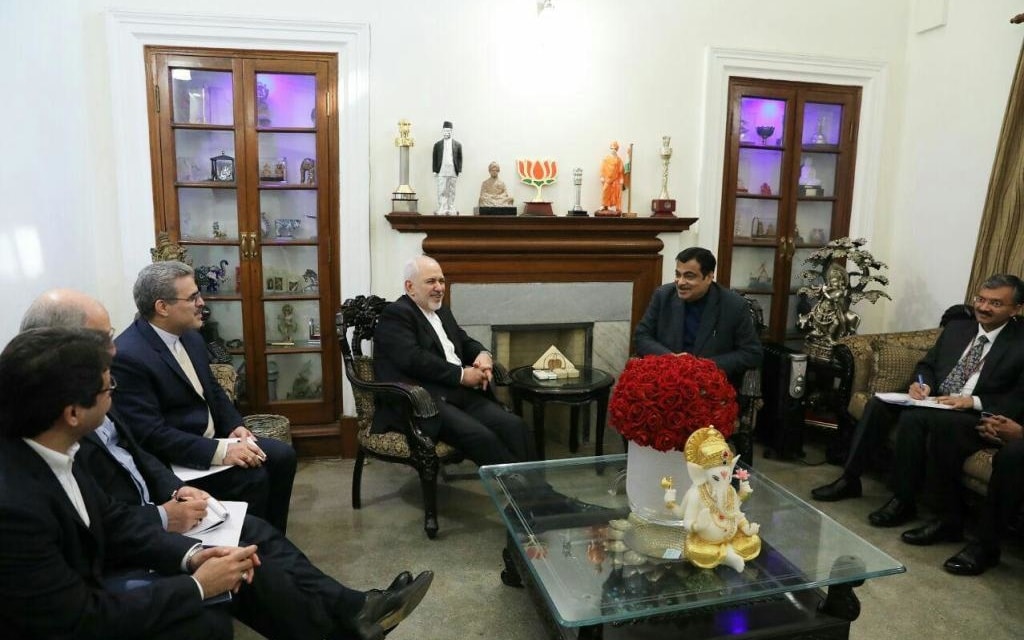 Facing a troubled economy and US sanctions, Iran is pursuing a high-profile campaign for links with India.

Foreign Minister Mohammad Javad Zarif arrived in New Delhi for meetings to promoted trade ties, including a speech to an international conference and attendance at a trade meeting sponsored by the Confederation of Indian Industry. Zarif is accompanied by senior executives from dozens of Iranian public and private companies.

The Foreign Minister began his meetings on Tuesday with a session with Indian Road Transport Minister Nitin Gadkari.

The discussion included India’s investment in the southern Iranian port of Chabahar.

Challenges to Tehran and New Delhi

Arriving at New Delhi airport, Zarif pointed to financial arrangements to bypass comprehensive US sanctions, including on Iran’s energy and financial sectors, “We have a good banking agreement with Indians, which was signed this fall and after [re-imposition] of sanctions, and this agreement allows our country to continue both exports and imports while meeting its financial needs.”

But Iran is facing significant hurdles to sustaining, let alone expanding, the economic relationship with India.

While New Delhi was one of eight leading Iranian oil customers to receive US sanctions waivers, these are only through the start of May and are conditional on a reduction of purchases. India is restricted to a total of 9 million barrels per month — a reduction of almost 60% from the levels of April to August 2018.

The Iranian-Indian relationship is also facing regional challenges. Pakistan’s new Imran Khan Government has pursued discussions with Saudi Arabia and the UAE, rivals of Tehran, which had led to Gulf investment in Islamabad and a revival of relations over both Middle Eastern and Central Asian matters.

Pakistan’s Foreign Policy — The Year That Was, The Year To Come