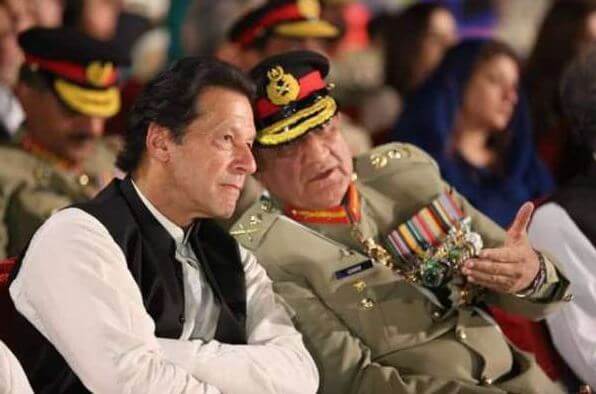 In recent months there has been an exponential increase in the activities of Pakistan’s diplomatic corps on several fronts. On the Afghan issue, Pakistan is playing an increasingly pivotal role in the peace process by facilitating US talks with the Taliban, even as it continues to engage with the regional stakeholders. Several other significant openings have been forthcoming, especially in the Middle East, where the new Imran Khan Government has embarked on a charm offensive to reorient the nature of its relationship with regional players.

Pakistan’s Foreign Policy — The Year That Was, The Year To Come
Pakistan Snuggles Up to the UAE
Pakistan Reconnects with Its Friends in the Gulf

A comprehensive change has taken place within Pakistan’s Foreign Office with Foreign Minister Shah Mehmood Qureshi reshaping objectives, supplemented by increasing the role of career diplomats in foreign office affairs and putting them into crucial positions around the world. On the political front, Prime Minister Imran Khan and his persona have further helped matters. The diplomatic diarchy of the past decade — where the country’s civilian government and military engaged with external actors without any mutual coordination and often differing outlooks — has finally come to an end. All principal powers are now on the same page, woth the ultimate level of trust between the Prime Minister and Army Chief of Staff Gen. Qamar Javed Bajwa.

An Opportunity in Afghanistan

For years, the ongoing Afghan conflict posed a security challenge for Islamabad, specifically with the rise of the Tehreek-e-Taliban Pakistan and its terrorist proxies. With security personnel engaging in operations and largely eliminating the TTP’s strongholds in the tribal areas, the focus is back on the Afghan political theater and the resurgence of the Taliban as a force with which to be reckoned.

The time has come for Pakistan to fully exploit its political and strategic clout within Afghanistan. With Donald Trump’s US Administration pursuing a policy of foreign disengagement vis-à-vis military missions in Syria and Afghanistan, a final resolution of these conflicts has become even more important.

Sensing the opportunity at play to advance its strategic aims in Afghanistan, Pakistan responded in a positive manner to Trump’s letter to Iran Khan and facilitated a dialogue between the US officials and Afghan Taliban — this time in the United Arab Emirates.

Pakistan is maintaining its interaction with China, Russia, and Iran, all of whom have advocated for a regional solution to the Afghan conflict, even though they have become a bit apprehensive about Islamabad’s position. Foreign Minister Qureshi’s recent whirlwind tour of Tehran, Moscow, and Beijing sought to allay these concerns.

The other avenue for this assertive posture in foreign policy has been the Middle East. The new government, primarily motivated by the country’s economic woes but seemingly also advised by the country’s security circles, initiated an attempt to reset ties with the region. Imran Khan visited both Saudi Arabia and the UAE twice and managed to secure financial aid from Riyadh and the Emirates.

The recent sojourn by Sheikh Mohammed bin Zayed Al Nahyan, the Crown Prince of Abu Dhabi and the Deputy Supreme Commander of the UAE’s Armed Forces, and the upcoming visit by Saudi Crown Prince Mohammed bin Salman mark the extent of these newly-formed bilateral ties. Since Qatar and Turkey lost a personal friend with the ousting of former Pakistan Prime Minister Nawaz Sharif, General Bajwa and Foreign Minister Qureshi embarked on back-to-back tours to Doha, followed by the Prime Minister’s visit to Turkey. That came on the heels of the Supreme Court’s decision to declare the Pak-Turk International Cag Education Foundation — linked to cleric Fetullah Gülen, the foe of Turkish President Recep Tayyip Erdoğan — a proscribed entity.

And Pakistan also has possibilities in its relationship with Iran, mainly due to the limitations imposed by the US’ sanctions on Tehran.

For the first time in a decade, Pakistan’s foreign policy has a coherent and organized campaign to make itself relevant again — not only within its immediate environs but also in the broader spectrum of South Asia and the Middle East’s geopolitical scene.