Pakistan Reconnects with Its Friends in the Gulf 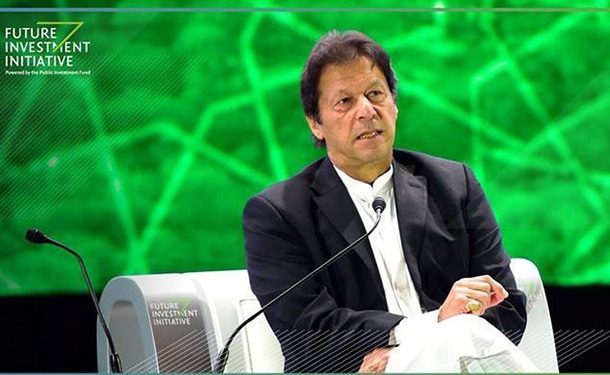 Pakistan’s 11th general elections, held in August, ushered in a new force in Prime Minister Imran Khan and his Pakistan Tehreek-e-Insaaf (PTI) party. The change offered a ray of hope to the electorate that the new administration will put the country back on track, with better governance and economic prosperity.

These expectations were quickly replaced by a pessimistic outlook as the gravity of the situation began to dawn on those in power. With a current account deficit of $18 billion, Pakistan needed a bailout package worth at least $12 billion – the main reason for the government to kickstart negotiations with the International Monetary Fund.

The dependence on the IMF would have severely curtailed the new Prime Minister’s welfare state agenda, whose primary focus was to raise the standards of healthcare and education. This was the state of affairs when PM Khan began engaging with Pakistan’s allies to explore options which could help him defuse the economic crisis.

The two most notable countries approached were Saudi Arabia and the UAE. Pakistan’s bilateral ties with both Gulf states suffered a setback after Islamabad decided against participating in the Saudi-led military intervention in Yemen in 2015. Channels of communication only remained open because of the long-standing security ties between the countries, even as a sense of diplomatic disconnect prevailed.

Unlike former premier Nawaz Sharif, Khan had no personal or political connections with the royalty in either of the two states. So his request for economic aid was a test of his diplomatic and political mettle in being able to break the ice and build a new relationship from scratch.

Although the leaders of Saudi Arabia and the UAE welcomed the smooth transfer of power in Pakistan, the lack of prior engagement compelled Khan to act cautiously. His choice of Saudi Arabia for his first foreign trip and his subsequent visit to the UAE allayed the concerns of both Riyadh and Abu Dhabi about the PM’s regional preferences, while also establishing the foundation of a new personal relationship.
For the first time, there was a comprehensive political and economic dialogue between the two sides on an institutional level.

The Kingdom’s invitation to Khan to participate in the Future Investment Initiative conference, held in Riyadh last, was a direct outcome of this new relationship. Not only was Khan one of the most important guests and speakers, he was also presented with a unique opportunity to detail his vision for Pakistan in front of the world’s commercial elite. The end result was that the Prime Minister managed to secure a $3 billion economic aid package to help with the balance of payments issue, and an additional offer of imported oil worth $3 billion, on deferred payments, for the next three years. These developments followed Saudi agree to invest in the construction of an oil refinery in Gwadar, the principal seaport of the prestigious China-Pakistan Economic Corridor project.

A UAE delegation visit to Pakistan ensued. The Emirates’ interest in setting up a Liquified Natural Gas terminal, as well as its keenness to invest in the housing and agricultural sectors, suggests a resolve to be a strategic part of projects within the country.

This support from Saudi Arabia and the UAE has given a much-needed boost to the political fortunes of the PTI Government as it strengthens its footing in negotiating with the IMF, helping Pakistan oppose any stringent conditions set by the financial body. Pakistan’s opposition — which was waiting in the wings to take on Khan if he got stuck in the IMF’s economic quagmire — has been robbed off its most effective anti-government issue, while the Prime Minister and his administration can pursue corruption cases related to former governments.

A crucial factor that has contributed towards these diplomatic achievements is Khan’s promotion of unanimity of views among Pakistan’s political and military leadership over foreign policy. This fundamental change in the civil-military relationship is characterized by an unprecedented level of mutual trust and affinity. This new equation is helping Islamabd maneuver its way through the toughest of situations in pursuit of joint policy goals.