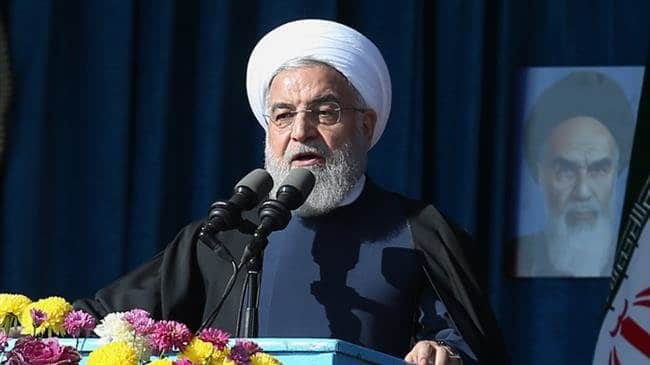 Iran’s President Hassan Rouhani has threatened the closure of the Persian Gulf, if the US persists with comprehensive sanctions on Tehran.

Rouhani said in a speech in northern Iran on Tuesday:

The US should know that we are selling and will continue to sell our oil and it will not be able to block Iran’s oil exports. And it should also know that if it attempts to stop Iran’s oil someday, no oil will be exported from the Persian Gulf.

The Iranian military has periodically threatened to block the Gulf, through which many of the world’s oil tankers pass, but has never followed through. Rouhani’s statement yesterday is the first by the President, who has been seen as a centrist in Iran’s regime, about a closure.

The Trump Administration imposed comprehensive sanctions, including on Iran’s energy and financial sectors, on November 5.

The prospect of the sanctions had already reduced Tehran’s oil exports by 40% — from 2.5 million barrels per day to 1.5 million bpd — before their imposition. Iran’s Economic Coordination Council projected last week that sales will fall 60% between spring 2018 and the 2019-2020 financial year, threatening the Rouhani Government’s proposed budget.

The decline has been buffered since November 5 by US Government sanctions waivers to eight countries, including the Islamic Republic’s top 4 customers. However, these have only been granted through March and are dependent on reduction of oil imports.

Rouhani insisted on Tuesday that Iran’s oil industry would not be hindered: “Our great nation proved to be the ultimate victor of this battle on all stages.”

He maintained that the withdrawal of French energy giant Total, from a $4.9 billion contract to develop part of Iran’s South Pars gas field, would have no effect: “There was another Chinese company alongside Total that has taken over the work after Total’s withdrawal.”

Work on South Pars, the world’s largest field, has been hampered since 2010 by US and international sanctions. Chinese companies have defaulted on past contracts.

But Rouhani concluded with more defiance:

We will expand our relationship with neighbors, Muslim countries, and the world….

Our nation will not allow a smile to appear on the face of the enemy. We will build an Iran, which is more powerful than ever before.