TrumpWatch, Day 666: US and China Clash Over Trump’s Trade War 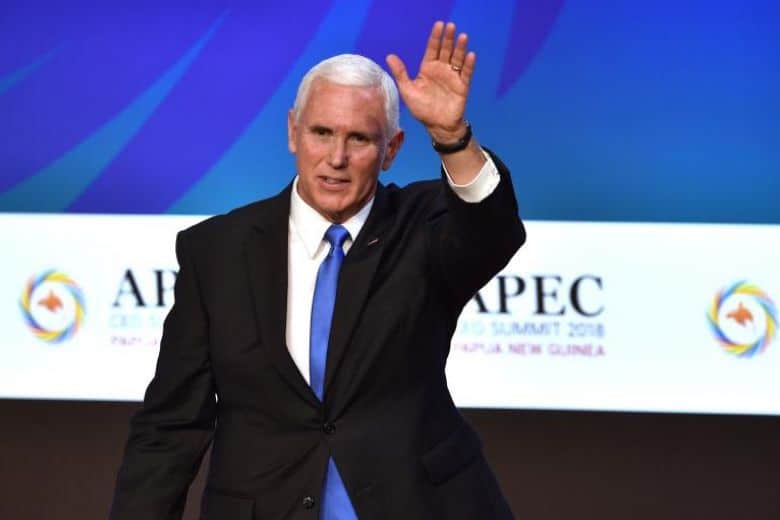 US and Chinese leaders clash over Donald Trump’s trade war at an international conference in Papua New Guinea.

Xi said to applause that there was no issue that countries couldn’t work out “through consultation”: “History has shown that confrontation, whether in the form of a cold war, a hot war or a trade war, will produce no winners.”

But Pence immediately followed with a firm defense of the Trump Administration’s imposition of sweeping tariffs on Beijing and other countries: “China has taken advantage of the United States for many, many years and those days are over.”

Trump has imposed duties on $250 billion of Chinese goods and threatened to slap tariffs on the remaining half of Beijing’s annual imports to the US. The latest tariffs, announced in late September, will rise from 10% to 25% on January 1.

China has responded with tariffs on $110 billion of American products, about 80% of US imports.

With Xi and Trump scheduled to meet at the end of November, Beijing has offered the reopening of trade talks. Trump said the proposal was “very complete” but his advisors have played down the approach. They said that it does not meet US demands over technology transfers and intellectual property theft.

“What they are offering is not new,” an Administration official said. “I think the two sides remain at an impasse. The channels are now open again, but there’s a lot of work to get to — whether it’s a modest de-escalation or ceasefire.”

Xi said on Saturday that the world needs to “draw upon each other’s strengths and pursue coexistence”: “We should reject arrogance and prejudice, be respectful and inclusive toward others, and embrace the diversity of our world.”

But, in a sign of military tension between Beijing and Washington, Pence announced the construction of a base in Papua New Guinea, in cooperation with Australia.