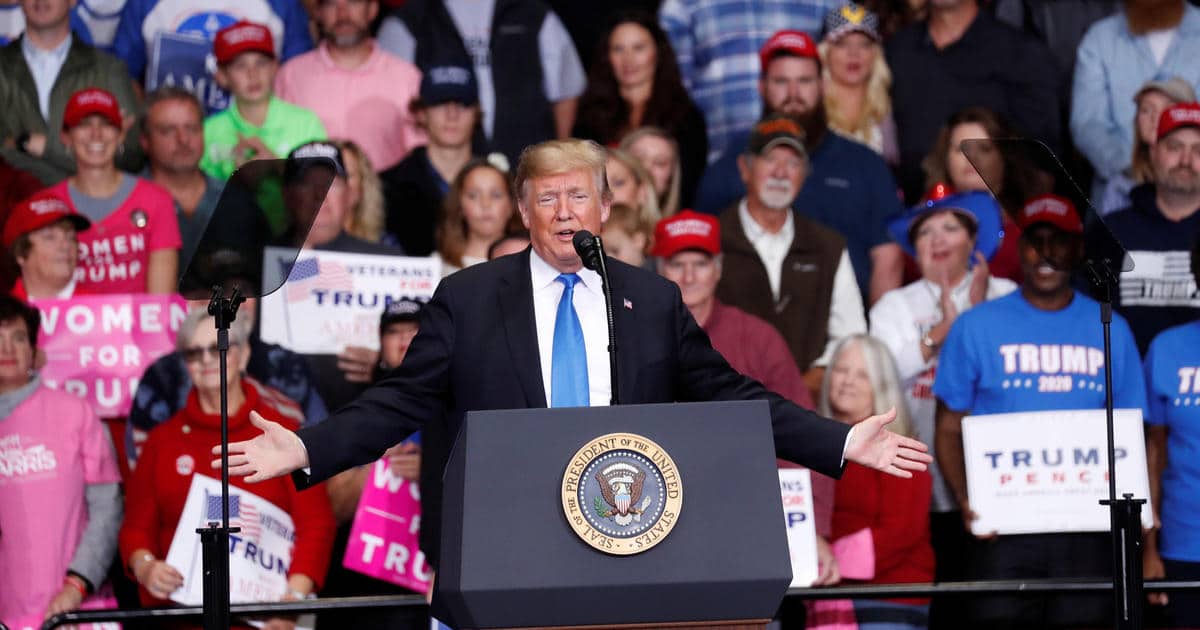 In contrast to Donald Trump’s ongoing attacks, Barack Obama talks about political civility in a speech in Wisconsin on Friday:

"They didn’t care about [Hillary Clinton’s] emails…because if they did, they’d be up in arms right now as the Chinese are listening to the president’s iPhone that he leaves in his golf cart," Barack Obama said at a campaign event, slamming GOP politicians and conservative media pic.twitter.com/KjlLHOTXC5

Former President Obama speaks in Milwaukee: "I'm hoping you think it's wrong to hear people spend years, months, vilifying people, questioning their patriotism, calling them enemies of the people. And then suddenly you're concerned about civility. Please." https://t.co/sFZPTIcoeF pic.twitter.com/qlfXaf7ASb

Hours after a suspect was arrested for pipe bomb attacks on prominent politicians, officials, CNN, and philanthropist George Soros, Donald Trump returns to mocking the targets.

Sayoc was known in his community for a van plastered with photos of Trump and images of Clinton, CNN’s Van Jones, filmmaker Michael Moore, and Green Party Presidential candidate Jill Stein with targets over their faces.

Calling an impromptu press appearance as soon as he learned of Sayoc’s impending arrest, Trump spoke of “unity” after he praised law enforcement for the arrest.

But earlier in the day, he had expressed his frustration that the story had limited his aggressive approach towards November 6 Congressional elections — including his insults of perceived opponents and critics and false claims that Democrats are generating “mobs” to overrun America:

Republicans are doing so well in early voting, and at the polls, and now this “Bomb” stuff happens and the momentum greatly slows – news not talking politics. Very unfortunate, what is going on. Republicans, go out and vote!

Even during his “unity” statements, the attack lines emerged. As Trump chided “globalists”, audience members shouted “George Soros” and “Lock ’em up.” Trump chuckled, pointed to the crowd, and repeated, “Lock ’em up.”

Just moments after Trump calls for unity at a WH event, he references "globalists," prompting several audience members shout "Soros" — who was a target of one of the bombs — and others shout "lock him up" to which Trump chuckles, points and repeats "lock him up" pic.twitter.com/IWZR3DRCvk

By Friday night, at a North Carolina rally, Trump was back to his derision of the media and Democratic politicians. He falsely claimed, “A vote for Democrats is a vote for open borders” and assailed the press, “The media has tried to attack the incredible Americans who support our movement to give power back to the people.” While proclaiming, “I’m going to be nice tonight”, he continued:

En route to the rally, Trump promised more of the aggressive rhetoric — despite critics claiming that it opens space for justification of attacks — after reporters asked if he would tone down his statements.

Well, I think I’ve been toned down, if you want to know the truth. I could really tone it up. Because, as you know, the media has been extremely unfair to me and to the Republican Party.

Trump, asked if his rhetoric is to blame for the bombings, replies, "Not at all, no. There is no blame. There is no anything." (via CBS) pic.twitter.com/833hzPrxpV