TrumpWatch, Day 637: Trump Wobbles on Support of Saudis Over Khashoggi 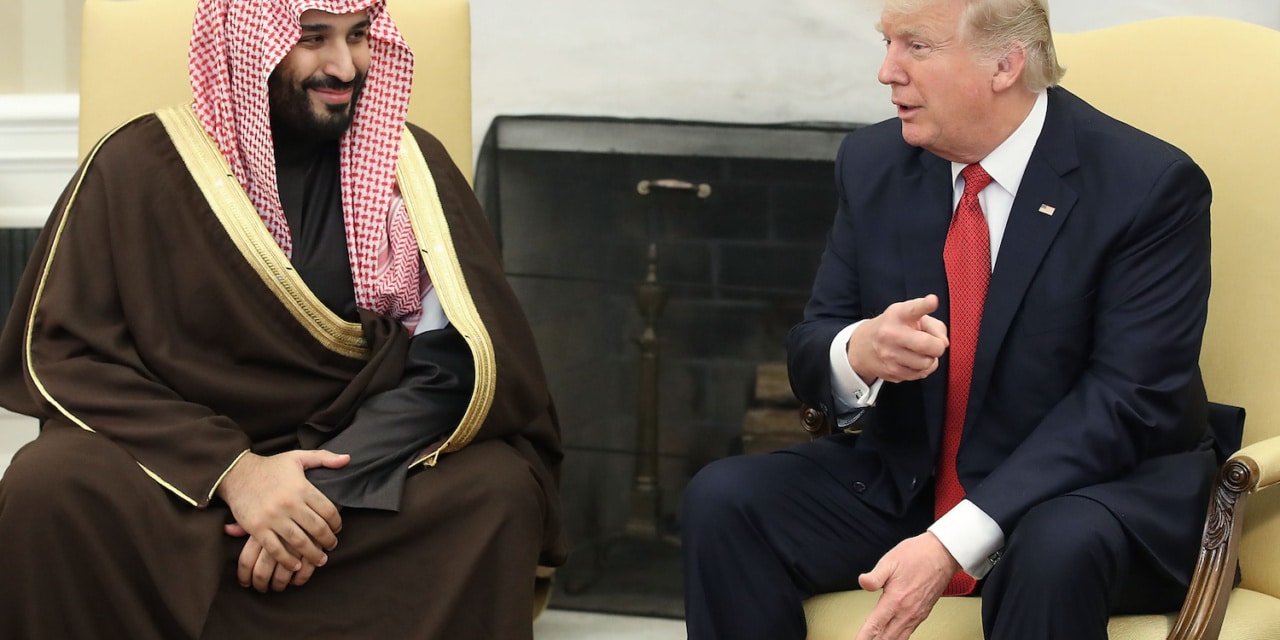 Donald Trump wobbles in his support of Saudi Arabia’s monarchy over the disappearance and probable murder of Saudi journalist Jamal Khashoggi.

Following a phone call with King Salman on Monday, Trump said that the Saudi leaders were being unjustly treated as “guilty until proven innocent” and suggested that “rogue killers” had slain Khashoggi, who disappeared after entering the Saudi Consulate in Istanbul, Turkey on October 2.

But US intelligence agencies have backed the claims of Turkish services, citing evidence from audio surveillance, that Khashoggi was killed and dismembered by Saudi personnel. Eleven of the 15 Saudis named by Ankara have links to the security services and monarchy, including service on the security detail of Crown Prince Mohammad bin Salman, seen by many as the effective ruler of the Kingdom.

On Thursday, Trump expressed confidence in the intelligence, saying he believes Khashoggi is dead. The shift came soon after a briefing by Secretary of State Mike Pompeo, just returned from consultations with Saudi and Turkish leaders.

“This one has caught the imagination of the world, unfortunately,” Trump said in an interview. “It’s not a positive. Not a positive.”

Trump said the killing raised questions about the Administration’s ties with the Saudi monarchy, which include the close relationship between Trump’s son-in-law Jared Kushner and Mohammad bin Salman: “Well, [our response] will have to be very severe. I mean, it’s bad, bad stuff.”

He stopped short of pinning responsibilty on the Crown Prince.

But Trump has reportedly begun to distance himself from Mohammed bin Salman, saying he barely knows him and playing down Kushner’s ties. He also approved the withdrawal of Treasury Secretary Steven Mnuchin from a high-profile investor conference in Riyadh next week.

Mnuchin announced the withdrawal after an Oval Office meeting that included Pompeo.

Leading business and media executives had already pulled out of the Future Investment Initiative, putting pressure on the Administration.

Pompeo said on Thursday that the US will give the Saudis a few more days to conduct their investigation. He maintained to reporters that Riyadh’s report will be “transparent for everyone to see, to ask questions about, and to acquire”.

Trump said it was still “a little bit early” in the process to draw definitive conclusions about who ordered the killing: “We’re working with the intelligence from numerous countries. This is the best intelligence we could have.”

The Trump Administration was initially reticent as Turkey released evidence pointing to Khashoggi’s murder. Then Trump indicated last week that he would take no action, as Khashoggi was a permanent resident and a citizen of the US — and as Trump did not want to lose a $110 billion arms sale to Saudi Arabia, announced during his visit to Riyadh in May 2017.

Over the weekend, Trump spoke of “severe punishment” if the Saudi monarchy was found responsible. But after Monday’s phone call with King Salman, he deflected blame onto the “rogue killers”.

On Thursday, Trump found time for praise even as he pondered a “severe” response: “They’ve been a very good ally, and they’ve bought massive amounts of various things and investments in this country, which I appreciate.”

Kushner is urging Trump to stand by Mohammad bin Salman, saying furor over Khashoggi’s disappearance will pass, according to “two people who have had recent discussions with White House officials”.