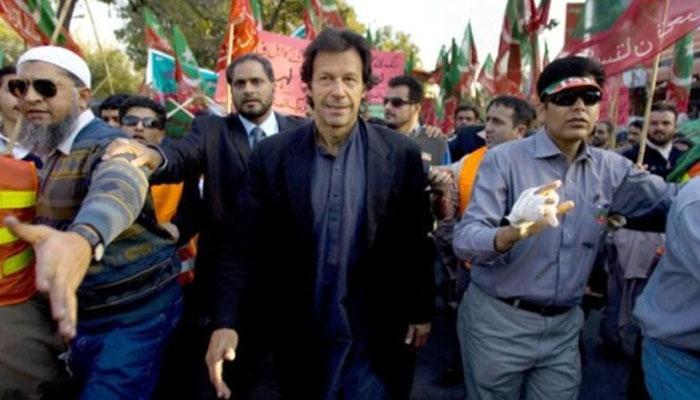 A lesson from Pakistan: Conflicting perceptions of the use of drones can shape not only conflict but also coexistence – and even cooperation.

Written by Talat Faooq and Scott Lucas of the University of Birmingham in partnership with The Conversation:

“I often wonder if the drone will appear again and linger there forever like the all-seeing eye of God,” says Saifullah Dawar, 65, as he looks up at the bright blue sky over Pakistan’s tribal agency (or district) of North Waziristan – the centre of an intense US aerial campaign against militant Islamist groups between 2009 and 2014. Along with many Pakistanis we spoke to, former president Pervez Musharraf among them, Saifullah painted a picture of a particular chapter in recent Pakistani history that’s left a profound mark on the country.

Since the success of Pakistan’s own offensive against the radical Islamist Tehrik-i-Taliban Pakistan (TTP), which began in 2014, North Waziristan is no longer a centre of insurgency and drone strikes. But even though the drone is not the ever-present force it once was in the region’s skies, it still captures the imagination of the tribal people who live there – not just by dint of its capacity to damage and kill, but also because of its massive political, social, cultural, and psychological impact.

US drone strikes in this corner of Pakistan began in 2004, escalated after 2008, and rose sharply between 2010 and 2014. As the campaign unfolded, an anti-drone narrative took hold in Pakistani society, sustained by print and electronic media, politicians, and all manner of civil society actors. This narrative framed the US’s use of drones as the main barrier to achieving a settlement between Islamabad and the TTP, an umbrella organisation of more than 40 militant groups that’s been at war with the Pakistani state since 2007. While Nawaz Sharif’s government initiated a dialogue with the TTP in September 2013, the process broke down in 2014. But were American drones really the main reason?

As part of a research project to try and understand what happened, we carried out more than 30 interviews and two general surveys, with more than 400 respondents, in Pakistan to assess the impact of the drones in the tribal areas. From what they told us, we learned that conflicting perceptions of the use of drones can shape not only conflict but also coexistence – and even cooperation.

There is more than enough blame to go around for the peace process’s collapse, and no clear agreement on where the buck stops. Several of our civilian interviewees, from a cross-section of Pakistani society, blamed General Pervez Musharraf’s military regime (1999-2008) for secretly allowing US drone strikes within Pakistan. They asserted that amid Pakistan’s security challenges, the military establishment continued to be the dominant player in the formulation of foreign and national security policies. Hence civilian governments since 2008 had no choice but to back the armed forces and to accept the American operations.

But when we spoke to Musharraf himself, he told us it was the civilian government that permitted the unrestrained US drone campaign, seeking to stay in power and to divert public attention from massive corruption. Other interviewees held both the civilian and military leadership responsible, arguing that “it has been clear to us that US arrogance is tolerated by our leaders out of fear or greed for dollars”.

Yet the common theme in all of these accounts and from both supporters and critics of the strikes – that the drones were the primary catalyst in relations between successive Pakistani governments, the TTP, and local tribes – was not borne out in our interviews and surveys.

Strikes were only one of several factors driving the cycle of fighting and fruitless negotiations. Far more important, both then and now, are Pakistan’s internal politics and civil-military relations – a deep state-society distrust aggravated by Islamabad’s ambiguous and fraught role in the American “War on Terror”.

The Pakistani army leadership was from the start suspicious of various short-lived peace deals struck since 2002, which ultimately gave insurgents the space they needed to regroup and reorganise. Small surprise then that the army high command, in the words of Musharraf, viewed the Sharif-TTP peace initiative as “nothing but a hoax”.

The surge in US drone attacks between 2009 and 2013 did not encourage negotiations. Yet they did not completely disrupt the opening of talks in early 2014, and their five-month suspension in 2013-14 did nothing to keep the negotiations from falling apart.

Other factors were far more decisive. An influx of Taliban and other foreign fighters from Afghanistan after September 11 2001 greatly weakened the tribal structures in North Waziristan, and the Pakistani government and military alike failed to protect the tribes. The civilian deaths from not just US drone strikes but also Pakistani military operations only made matters worse, both fuelling support for the insurgents and inflaming the mutual distrust between state and society.

It was in these circumstances that the CIA-operated drone strikes came to reinforce the conflict, inadvertently giving the TTP space to strengthen its hold over tribal areas under its control.

In a nutshell, the reason the drone campaign helped dash hopes of a settlement was the social, political, and cultural dynamics of Pakistan’s tribal region and the way the tribal system’s core elements were undermined. If you want to explain what happened to the short-lived peace process in Pakistan in 2013-14, you have to start there. And so does anyone charged with coming up with any new counter-insurgency strategy, whether it includes drone strikes or not.