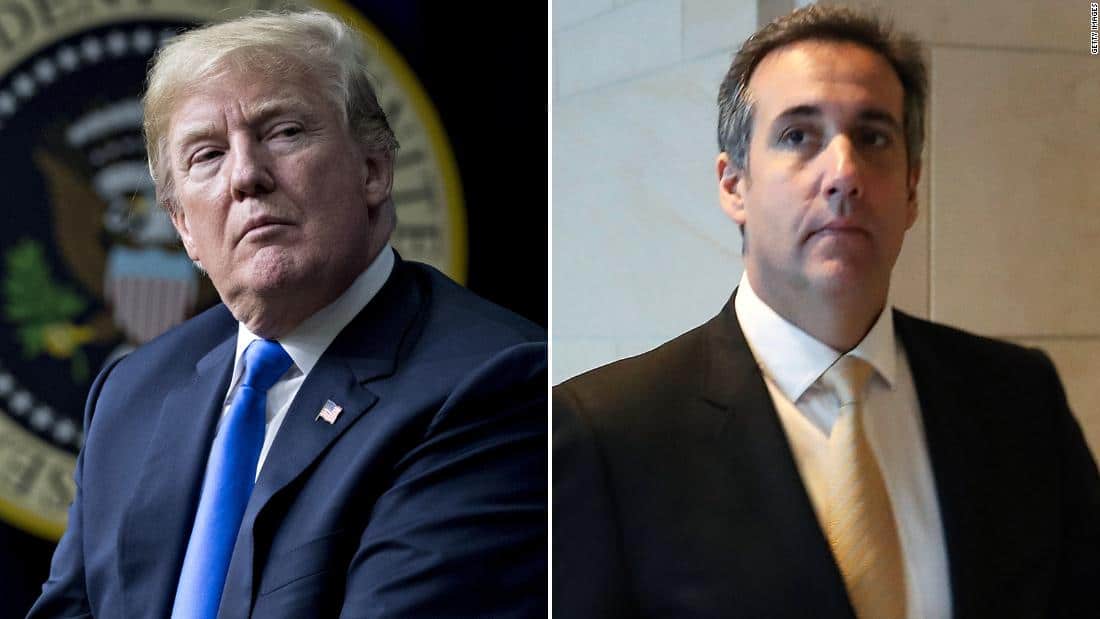 I spoke with British radio and TV outlets throughout Wednesday and Thursday about the significance of Donald Trump’s former lawyer Michael Cohen implicting Trump in criminal activity.

1. The specific Cohen claim that Trump ordered pay-offs to two women with whom he allegedly had sexual encounters, silencing them weeks before the 2016 Presidential election;

2. Cohen’s connection to the wider Trump-Russia investigation, with the likelihood that he will testify before Special Counsel Robert Mueller’s team;

3. The significance of the conviction of former Trump campaign Paul Manafort on eight financial charges, and his connection to Trump-Russia;

4. The process of impeachment and conviction, and alternatives for the departure of Trump;

5. The prospects of that departure, in light of both political developments — such as November’s mid-term Congressional elections — and the legal process.

A spiky debate including Ted Malloch, who Trump considered as US Ambassador to the European Union even as Malloch was calling for the break-up of the EU — and who is pushing a conspiracy theory about the Deep State trying to bring down Trump…

What we have are two dimensions of possible criminal activity by Donald Trump and his advisors, and they are now intersecting: the first is over the payoffs to women just before the 2016 election, and the second is the wider Trump-Russia investigation.

Listen to BBC Radio 4’s World at One

Explaining the impeachment process and the likely scenarios concerning Trump:

When Robert Mueller, the Special Counsel for the Russia investigation, presents what I think will be a wealth of evidence claiming there was conspiracy with the Russians to influence the 2016 election — that, in addition to what we have heard from Mr Cohen, will present Republicans with a choice.

Do they continue to stick with Trump despite that wealth of evidence or do they peel away? If they being to peel away next year, then we could have a scenario like we had in 1974 with Richard Nixon. Someone goes to Trump and says, “You have a choice here. You can face impeachment and conviction — at the very least, when you finish your first term, you will face criminal charges — or you can resign now and be pardoned by your successor.”

Step aside now or face the music later.

What Donald Trump is trying to do is say, “I am above being questioned.” I am above any claim that I may be involved in criminal activity.

I grew up in an America where the system was supposed to maintain freedom and values. And this man is not doing that.

A discussion alongside the defense of Trump of Tea Party co-founder Michael Johns with “This is not a crime”:

It is a crime — you can’t just wish all this away like magic smoke….Michael can try to hold back the waves with all types of fluff and nonsense about a reality that isn’t real. The legal process plays out, and it will come to a head next spring when Robert Mueller presents his evidence.

And then, as it should do, the system will make its judgement on whether Donald Trump should be President.

Professor Scott Lucas: "I'm surprised he's lasted this long… If he's not impeached he'll be pushed in to resigning next year." Watch ▼

If this is not the beginning of the end for Donald Trump — not only for his Presidency, but also for his personal fortunes — it is definitely the end of the beginning….

This is the equivalent of the consigliere turning against the Mafia boss. Whether Trump suffers the fate of the Mafia boss remains to be seen.