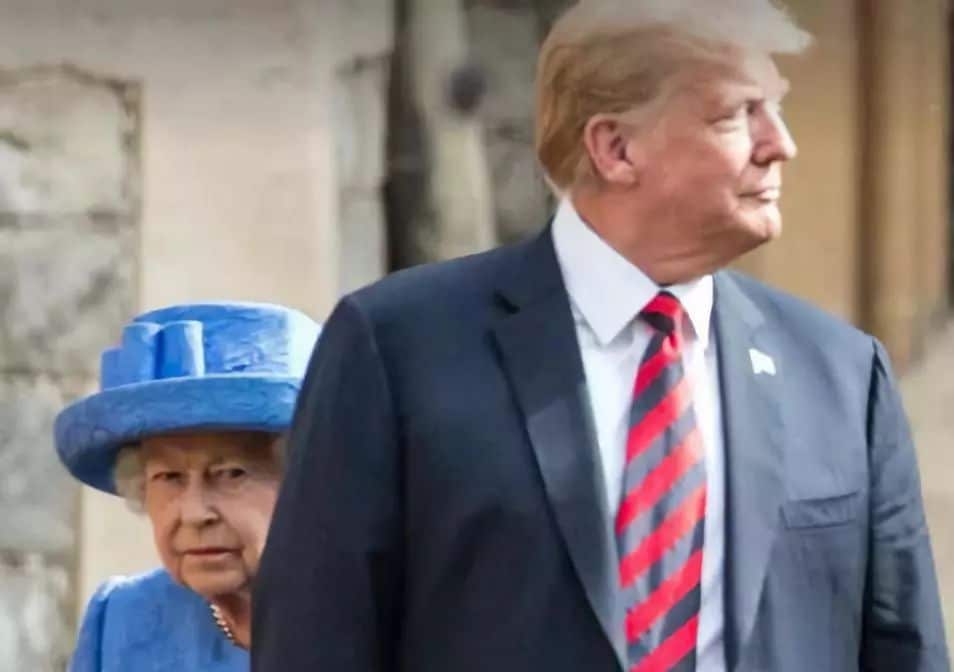 “Brexiteers see a new future as a closer ally of Washington on the world stage, but after Trump’s European visit, that vision looks increasingly ill-judged.”

Not all US Presidential visits to the UK are alike, and on this occasion great pains were taken to keep the visitor busy, on the move, out of London, and entertained with grand palaces in Windsor and Blenheim performing bands and marching soldiers.

The attempt to give Donald Trump the heritage and high life version of Britain was designed to keep the protest and politics to a minimum and to minimise the opportunity for mischief. However, despite Downing Street’s choreography, Trump’s insatiable appetite to be the story meant that an interview granted to The Sun newspaper exploded like a grenade hours into his visit, disrupting the agenda and astonishing his hosts. Perhaps by now Theresa May should have learned to expect the unexpected from an American President who has not only jettisoned the established play book of how politics is done at home and abroad, but who has also gone way beyond what was previously considered acceptable behaviour of an ally or even a democratic world leader.

The conventional purpose of summit diplomacy between allies is to demonstrate continuity in relations, reinforce close bonds, shared values, and repeat commitments to reassure allies. The “summit deliverables” are often less important than the atmospherics and the appearance of positive relations and a commitment to work towards common goals. For Trump, however, both at the NATO summit in Brussels and in his criticism of the May government in The Sun, the apparent intention was to challenge the value of continued partnership; to chastise allies for their alleged failings, and to question the basis of future relations. The counterpart to these initial onslaughts was then to claim “terrific” diplomatic success, dismiss obvious disagreements and offense as “Fake News”, and deny that there was any problem that can’t be fixed by Trump completely contradicting his earlier statements.

At NATO the allies’ strategy in response to this extraordinary approach was to flatter Trump’s ego by telling him that his admonishments had resulted in more cash being pledged more quickly for greater levels of defence spending. Trump was happy to pocket this commitment to “redouble” their efforts and claim it as a “doubling” of defence spending. To his inattentive base and complicit and compliant domestic media supporters (for whom appearances matter more than the reality) this was a victory that they were happy to celebrate.

For the UK, however, Trump’s erratic behaviour matters more due to the precarious place the country finds itself in eight months from Brexit. Indeed, Trump’s comment about the UK being in “turmoil” was the most accurate thing he said, and a turmoil that he was happy to stir up.

In the short term, Trump’s criticisms of May’s plans for a soft Brexit give strength to her many Europhobe critics, who argue that a trade deal with the US will be much harder to negotiate and less valuable to win given her chosen approach. His endorsement of Boris Johnson as a potential Prime Minister was also massively unhelpful at a time when her leadership is anything but “strong and stable”. For the longer term, however, the turn that America has made towards an anti- liberal, anti- free trade, and anti-internationalist populist administration must make all but the most die-hard anti Europeans question the wisdom of abandoning Britain’s membership of the European Union.

Since at least the 1960s, the UK has followed a twin pillar approach to its strategic position, that of closer integration with Europe and strong partnership with the US. Being part of Europe meant that when it spoke on the world stage in the UN and elsewhere, Britain did so on behalf of the continent, not just the country. Being close to both centres of power allowed the UK influence by being able to speak for the US in Europe and Europe in Washington. London often saw its position as being the bridge between both ends of the west.

Outside the EU, the Brexiteers see a new future as a closer ally of Washington on the world stage. But after Trump’s European visit, however, his mercurial antics, unreliable behavior, and willingness to question the basis of the entire western liberal order, that vision looks increasingly ill-judged.