UK Prime Minister May Faces the “Wicked Problem of Brexit” 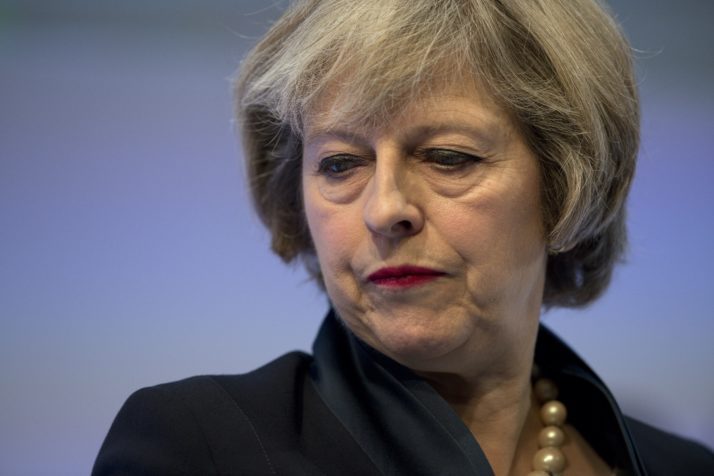 Brexit does not appear to be going well. On July 6, two years into the process, the British government finally agreed their negotiating position for Britain’s future trading relationship with the European Union. The following Monday, David Davis, Britain’s chief negotiator and Boris Johnson, the Foreign Secretary resigned. President Trump has described Britain as being “in somewhat turmoil” and Theresa May’s position is threatened with talk of a leadership contest.

In reality, this confrontation was always inevitable. Britain would at some point have to choose between continuing its regulatory alignment with the EU – with the European Court of Justice continuing to play a role in British legal decisions – or go it alone, free to strike trade deals but with a hard border and tariff and non-tariff barriers to trade with Britain’s largest market.

The interesting question is: why did May leave it so late? The answer lies in May’s strategic thinking, which can be characterised as following an indirect approach.

Strategic theory has long been divided between those who favour the direct approach of open, decisive confrontation such as Donald Trump, and others who prefer more long term, indirect means of achieving one’s goals. Trump’s advice to May on Brexit was no doubt to set out her demands from the outset, with clear explanations of the costs to the EU if they did not comply.

In contrast, May has engaged in a slow process of scoping out the possibilities for Britain’s future relationship with the EU, via a series of vague position papers. These were hard for the EU to refute outright, since they often did not make any firm policy commitments, but did reveal how far the EU would continue to be unified as time went by and how flexible they might be over their red lines. In addition, they did not cause domestic political problems in the UK as the broad aspirations they contained – as frictionless trade as possible, strong future relations with the continent – were shared by all sides. Yet, they did demonstrate the falsity of claims by some Brexiteers that the EU would fragment and quickly offer a trade deal to the UK to protect key sectors such as agriculture and the automotive industries.

There are two key reasons why May might have adopted the indirect approach. The first reason relates to the task itself. Brexit has all the hallmarks of what management theorists call a “wicked problem”: it is complex, there is no precedent to guide policymakers, there is no scope for trial and error learning, and solutions are not right or wrong but better or worse (indeed, in this case, they may be worse or even worse). May’s indirect approach of iteratively building the UK’s Brexit position is the closest approximation of trial and error learning available.

The second is the lack of agreement within the UK about what sort of Brexit should be pursued. May simply didn’t have the domestic support to plump for a hard or soft Brexit from the outset. Her party is deeply split and choosing one at that stage could have toppled her leadership. Allowing the options for Brexit to emerge over time has enabled her to keep her government together, force the leading leave supporters to have a stake in the process and acknowledge the relative weaknesses of the UK’s negotiating position, and allow the consequences of the different outcomes to become clearer. The White Paper published on July 12 clearly favors a soft Brexit. If May had gone for this at the beginning, Boris Johnson could have resigned and built a leadership challenge on the back of calls of betrayal of the referendum. At this late stage, it is much harder for him to get momentum.

In short, there is a logic to May’s indirect strategy for negotiating Brexit. Ironically, whether it could be said to have succeeded will depend on the more direct negotiations coming up, now that the UK’s preferred position has been made clear.