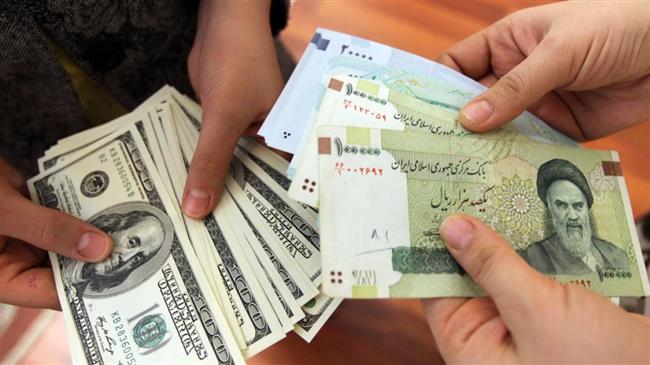 UPDATE, 1015 GMT: Iran’s semi-official media are now being more open in their discussion of the currency crisis.

The English-language site of the conservative Tasnim News not only publishes a report, but goes beyond the template reproduction of the Central Bank’s statement (see below) to summarize: “The purchasing power of Iranians has plummeted for the umpteenth time in recent months as wage increases have lagged far behind prices.”

Iran’s currency fell more than 30% on Sunday, raising concerns that the Islamic Republic’s economy might be on the point of collapse amid internal problems and US sanctions.

Before yesterday, the Iranian rial has already set regular historic lows, losing almost 50% of its value since January.

Even by that standard, the latest drop was dramatic. The rial stood at 85,000:1 vs. the US dollar when trading opened Sunday. By the close of business, it was at 11,200:1 with a further slide expected today.

Iran’s State English-language site Press TV reported the depreciation with little explanation of economic causes. Other Iranian official and semi-official outlets did not report the news in English; however, their Farsi sites carried a statement from the Central Bank declaring “unusual developments” that defied “the country’s economic and national realities”.

Bank head Abdolnasser Hemmati, appointed only last week, blamed “the conspiracy of the enemies of the country to create inflammation” among the public: “The increase in the economy’s resilience to the enemies is essential.”

Hemmati blamed US sanctions, which are expanding under the Trump Administration, but said nothing about Iran’s long-standing issues with production, investment, employment, and mismanagement which have been exacerbated in the present crisis.

The Rouhani Government has been unable to check the historic drop. This spring it tried to unify the official rate at 42,000:1, raised interest rates, and gave a discounted level to importers of essential goods. Authorities also threatened imprisonment of unofficial currency dealers.

Trying to find a positive yesterday, Hemmati said this is now an opportunity for banking reform:

I have presented programs to the President. My effort will be based on maintaining the country’s currency and the credibility of the Central Bank.

Meanwhile, the Supreme Council of Cyberspace, chaired by President Hassan Rouhani, discussed the use of crypto-currencies in a Saturday meeting. The council decided that “more discussion was needed for development of a national cryptocurrency and using foreign ones”.

Foreign Minister Mohammad Javad Zarif spent Sunday proclaiming that it is the US who will fail:

#Iran FM @JZarif: Americans are addicted to sanction. In the next few months, we will show them that they have to quit their addiction to #sanctions.#US #Trump #JCPOA pic.twitter.com/vAErR62Fe8