How Authoritarian Regimes Use Migrants for “Soft Power” 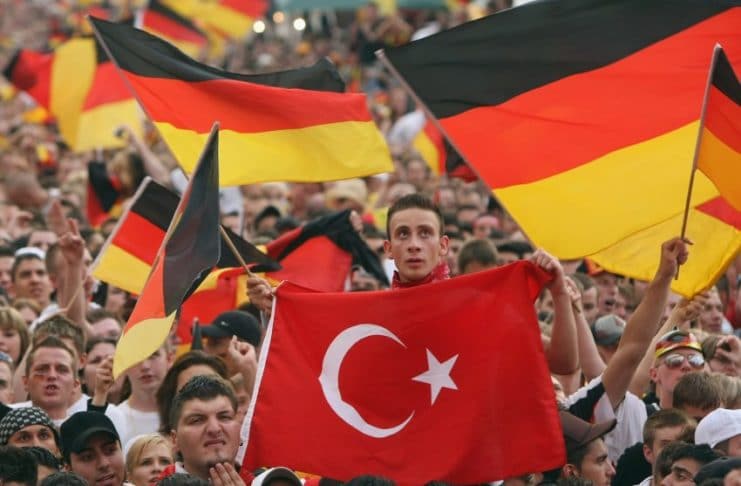 In early June, Austria shut down seven mosques and began to review the visa status of dozens of imams for potentially violating a law banning foreign-funded institutions. In recent years, Turkey has been actively sending religious scholars abroad to exert its influence. This is one of the many new ways authoritarian regimes have been using migration as a noncoercive foreign policy tool. From Latin America to the Middle East, these policies have played a key role as authoritarian regimes seek greater influence in regional and global affairs.

Building on existing literature about how one country can persuade others to do what it wants without the use of force, my recently published research illuminates how autocracies employ cross-border mobility as a “soft power” strategy. Initially confined to the developing world during the Cold War, authoritarian regimes’ use of migration has, over the past 30 years, burgeoned into a truly global phenomenon.

Is Turkey’s Soft-Power Strategy An Exception?

Under President Recep Tayyip Erdoğan, Turkey has been dispatching religious scholars via the powerful Directorate of Religious Affairs, or Diyanet, to about 2,000 mosques abroad each year in an effort to project a “Turkish Islam abroad.” Across Europe, the Friday sermons are word-for-word facsimiles of those written by the Ankara higher-ups and delivered across Turkey.

In early 2017, Germany opened an investigation of Turkish imams’ alleged spying on political dissenters for the Turkish government. The case was dismissed because of lack of evidence and because the suspects fled the country. However, Turkish news has reported that the Diyanet uses imams to gather information across 38 countries.

While this particular brand of soft power seems new, the West has a long history of welcoming citizens from nondemocratic regimes. Throughout the Cold War, U.S. policy encouraged the defection of Soviet dissenters by providing them with asylum status. Liberal democracies across Europe, North America, and Australia have strategically hosted those fleeing hostile political situations at home — from Cuba in the aftermath of the 26th of July Movement and from Iran after the Islamic revolution.

Many autocratic regimes adopt an “out-of-sight, out-of-mind” approach and let these diaspora communities be. Others carefully monitor their activities via consulates and embassies, as Morocco has done in past decades. A small number seek to persecute such communities abroad. Violence against Libyan dissenters abroad by the regime of Moammar Gaddafi was not uncommon: Moussa Koussa, Gaddafi’s “envoy of death”, was responsible for assassinating opponents across Europe. Under the dictatorship of Zine el-Abidine Ben Ali, Tunisia stripped political dissenters — particularly members of the Islamist Ennahda movement — of their citizenship if they managed to flee abroad.

Syrian President Bashar al-Assad has various strategies to deter the Syrian diaspora from engaging in anti-regime activism. The 2017 killing of Syrian opposition activist Orouba Barakat and her journalist daughter in Istanbul was attributed to the long arm of the Syrian regime. But these instances all involve political dissenters. Why would regime loyalists choose to relocate abroad?

Winning Hearts and Minds Through Migration

As my new research details, authoritarian regimes’ international agendas do not merely seek to punish opposition; they also target host states’ societies. Once in power in the early 1950s, Egyptian President Gamal Abdel Nasser developed a number of strategies intended to “export” the Egyptian revolution across the Arab world and Africa. Newly uncovered archival material shows how this policy relied on the emigration of high-skilled professionals, notably teachers.

For almost two decades, thousands of Egyptian educators were selected, trained and dispatched across the Middle East, where they aimed to spread ideas of anti-colonialism, anti-Zionism and Arab unity. From North Africa to the Levant and the Persian Gulf, Egyptians introduced these principles — ideas that continue to reverberate today — to a new generation of Arabs. This form of migration also sought to influence foreign policy across Africa. Egypt and Israel sent professionals to newly independent states, ostensibly to gain their support on the conflict’s debate within the United Nations.

For Egypt, migration was not a means toward economic development or attracting remittances. In fact, similar to Erdogan’s Diyanet policy, the Egyptian state paid the wages of many of these migrants during their time abroad. Nasser’s aim was soft power, winning the “hearts and minds” of young Arabs and Africans.

Authoritarian regimes’ use of migration in world politics is more common than one might expect. Since taking power in Cuba, the Castro regime developed an intricate system of allowing medical staff to spend a number of years in other parts of the Global South, a process that continues. The sole exception to Cuba’s otherwise-restrictive migration policy, this strategy aimed to carry the torch of the revolution across Latin America, Africa and the Middle East.

Likewise, the rise of China as a global power is enmeshed with its pursuit of cultural soft power, or “wenhua ruan shili,” including the dispatch of Chinese teachers to more than 500 Confucius Institutes across the world. Criticism over these institutes’ constraints on freedom of speech have led a number of universities, including prominent European and American institutions, to end their Confucius Institutes.

How liberal democracies respond to these practices will determine the future of authoritarian emigration states’ soft-power agenda. For decades, these strategies were limited and restricted to other parts of the Global South. Why are they now becoming increasingly relevant for liberal Western democracies?

For one, the end of the Cold War and the rise of transnational politics has made Western targets more prominent. More important, authoritarian regimes’ attitudes toward migration have evolved to allow for higher rates of cross-border mobility: As migration increases states’ interdependence, maintaining a firm control over citizens’ exit is now the exception, rather than the rule, in world politics.

Austria’s decision to close down mosques and several European states’ ban on Turkish political rallies last year appear to be muddled and ad hoc responses. Western concern with hard-power dynamics has largely obscured any concerted attempt at responding to nontraditional challenges. Yet as a growing number of regimes develop novel ways of targeting democratic societies — from electoral meddling to cyberwarfare and from media campaigns to migration — a more nuanced understanding of global authoritarianism and its motives could benefit analysts and governments alike. 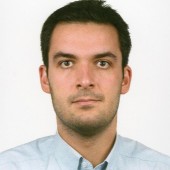