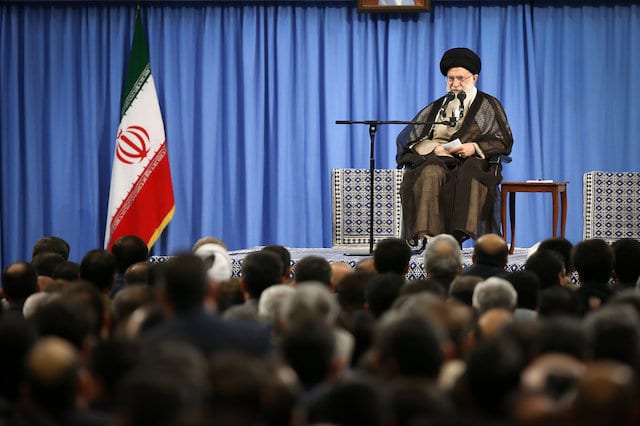 Iran’s Supreme Leader has taken advantage of Donald Trump’s breakup of immigrant families to chide the US over human rights.

You see who your enemies are and how cruelly they stand before, not only the Iranian nation, but the whole of humanity. The matter of separating thousands of children from their mothers [at the U.S. border] is a serious issue.

Separating thousands of children from their mothers is a big concern. One cannot watch with a sound state of mind these children crying on TV. How can they commit such a crime, separating children from mothers for a cruel policy? Now, that’s who they are. #KeepFamiliesTogether

Trump’s “zero tolerance” order, issued in April by Attorney General Jeff Sessions, has separated almost 2,500 children from undocumented immigrant parents and placed the juveniles in detention centers. On Wednesday, Trump stepped back from the separations, although it was unclear what Goverment action will follow.

Iran’s regime, including Khamenei, often try to deflect attention from its own human rights record by blaming the US Government for racism, discrimination, and denial of civil rights. The criticism of the US has been stepped up since early May, when Trump withdrew the US from the July 2015 nuclear agreement.

They are the same people who gathered a number of big states to confront the Yemeni people over the sea-port, to take the only port, the only passage for the oppressed Yemeni people away [to receive humanitarian aids]. They, unhesitatingly, kill humans: this shows how cruel they are.