Immigration Latest: Children as Young as 3 in Court for Deportation Hearings 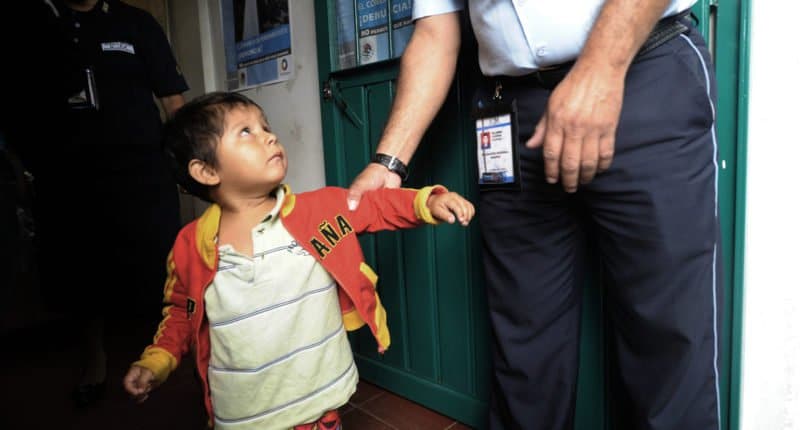 Immigrant children as young as 3 years old are being ordered into court for deportation proceedings.

Attorneys in Texas, California, and Washington, DC confirmed that while unaccompanied minors in deportation hearings is not new, the Trump Administration’s “zero tolerance” separation of children from undocumented immigrant parents means far more young children are in the proceedings.

“We were representing a 3-year-old in court recently who had been separated from the parents. And the child — in the middle of the hearing — started climbing up on the table,” said Lindsay Toczylowski, executive director of Immigrant Defenders Law Center in Los Angeles. “It really highlighted the absurdity of what we’re doing with these kids.”

It’s difficult for adults at times. They go to court and they get nervous before a judge. Now can you imagine a child having to go before a judge and just explain to them why they’re having to flee their country?

Meanwhile, uncertainty continues over the reunion of children with parents. About 530 of the more than 2,500 seized have been reunited, but the number in detention has dropped by only six since Donald Trump signed a document last week that purportedly ended future separations.

Amid the failure of officials to maintain records, the burden of documents required from parents, and deportations of fathers and mothers while their children in detention, reunions could take months. Meanwhile, Toczylowski explained:

The kids don’t understand the intricacies that are involved with deportation and immigration court. They do understand that they have been separated from their parents, and the primary goal is to get back with people they love.