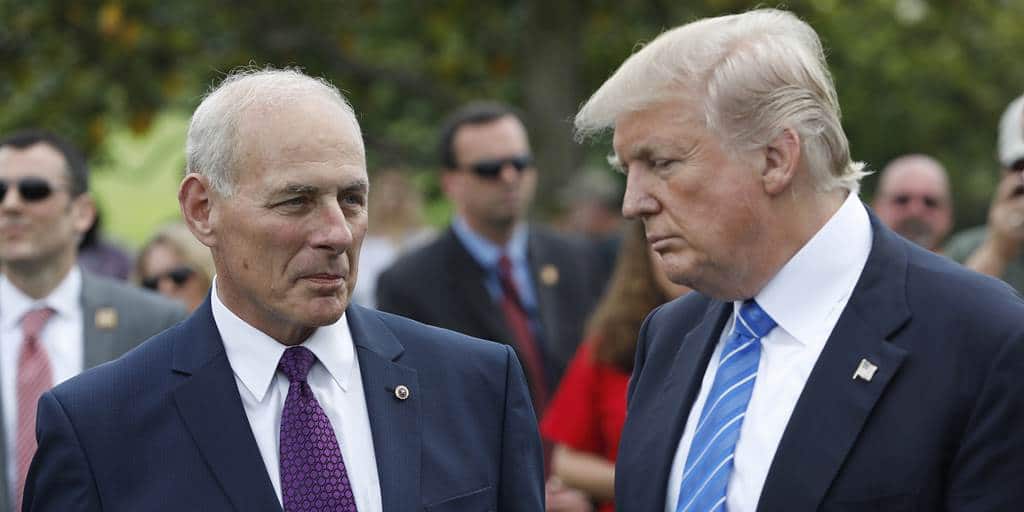 Attorney General Jeff Sessions enacted the new policy earlier this week. It calls for border agents to refer all detained immigrants to courts, increasing the chance that families will be broken up. Sessions said:

If you cross the Southwest border unlawfully, then we will prosecute you. It’s that simple. If you’re smuggling a child, then we’re going to prosecute you, and that child will be separated from you. If you don’t want your child separated, then don’t bring them across the border illegally.

Hundreds of immigrant children have already been separated from their parents at the border since October. At least four members of a caravan of migrants from Central America, among 11 being prosecuted by the Justice Department, have had children taken from them and placed into separate custody.

NPR’s John Burnett suggested to Kelly that “people say that’s cruel and heartless to take a mother away from her children”.

The Chief of Staff replied:

I wouldn’t put it quite that way. The children will be taken care of — put into foster care or whatever. But the big point is they elected to come illegally into the United States and this is a technique that no one hopes will be used extensively or for very long.

Kelly maintained that family separation would be a “tough deterrent” for asylum seekers.

In another passage in the interview, the general — known for his hardline on immigration when he was Trump’s first Director of Homeland Security, before he became Chief of Staff last July — claimed a large majority of undocumented immigrants will not “integrate well” into US society because they are unskilled:

They’re not bad people. They’re coming here for a reason. And I sympathize with the reason. But the laws are the laws. But a big name of the game is deterrence.

Kelly offered no evidence for his assertions.

Earlier this week Donald Trump berated his Cabinet, in particular Director of Homeland Security Kirstjen Nielsen, for not doing more to “fix” the US border and for not finding a way to build a wall along the 1,900-mile frontier with Mexico.

Trump has persistently complained that Nielsen and other Homeland Security officials are resisting his command that parents be separated from their children.

The outburst prompted Nielsen to draft a letter of resignation. Kelly said yesterday that he persuaded his protégée to remain in her position.