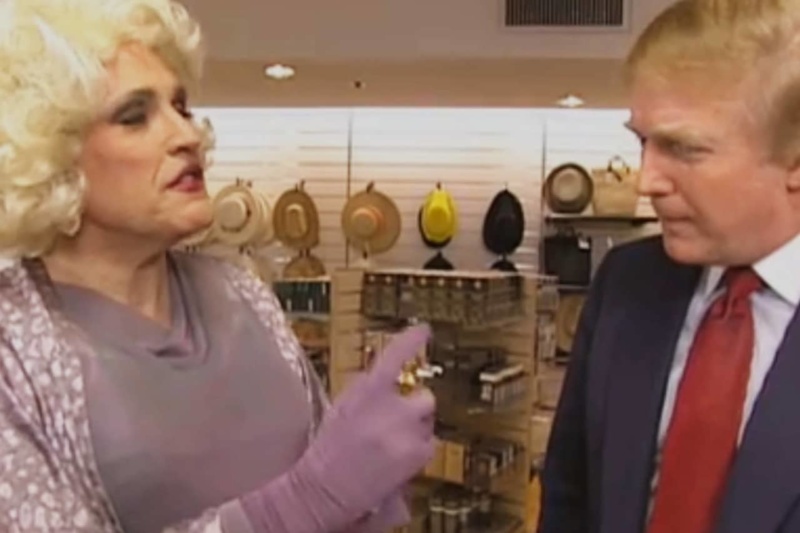 Developments on Day 469 of the Trump Administration:

Trump and Attorney Giuliani Now Operating on Their Own

Giuliani inadvertently started a furor on Wednesday night when he appeared on the Trump-friendly show of Sean Hannity on Fox TV. Trying to sweep away the story of the $130,000 “hush money” to Daniels, paid 11 days before the 2016 election by Trump’s long-time lawyer Michael Cohen, Giuliani got into a tangle and said Trump had repaid his attorney.

The statement appeared to be made out of concern that Cohen, whose office, home, and hotel were raided on April 9 by the FBI over the attorney’s business dealings, is now cooperating with federal prosecutors in New York and with the Trump-Russia investigation of Special Counsel Robert Mueller.

But it directly contradicted Trump’s denial, made as recently as last week, of any knowledge of the payoff over Daniels’ claim of a sexual encounter with Trump in 2006.

Giuliani spent Thursday trying out new statements, such as ongoing monthly Trump retainers to Cohen, presumably for matters such as non-disclosure agreements. But he appeared to hand prosecutors another gift by linking the payments to Trump’s campaign, which would be a violation of federal election laws: “Imagine if [the Trump-Daniels affair] came out on Oct. 15, 2016, in the middle of the last debate with Hillary Clinton. Cohen didn’t even ask. Cohen made it go away. He did his job.”

Meanwhile, White House staff — including Chief of Staff John Kelly and White House Counsel Don McGahn — were not informed about Giuliani’s plans until just before he went on-air on Wednesday.

Several officials said they were taken aback, with one saying communications staff were “stunned and shocked”. Another explained that Giuliani undermined the Administration’s entire defense strategy, not just over the Trump-Daniels affair but also the response to former FBI Director James Comey — fired by Trump in May 2017 in an unsuccessful attempt to curb the Russia investigation — and Special Counsel Mueller. A “senior White House official” said Giuliani’s performance was clumsy.

Two White House officials said the situation is now out of their control, while another summarized: “[Trump’s] story is obviously not consistent anymore.”

Press Secretary Sarah Huckabee Sanders told reporters on Thursday that she only learned that Trump had reimbursed Cohen as she watched Giuliani: “The first awareness I had was during the interview last night.”

Other aides said that Trump and Giuliani, friends from New York, are now pursuing an approach worked out between the two men with almost no consultation with others.

You won’t see daylight between me and the President. The strategy is to get everything wrapped up and done with this so that it doesn’t take on a life of its own….

They were [caught off-guard]. There was no way they wouldn’t be. The President is my client, I don’t talk to them.

Giuliani said he spoke with Trump before and after the Fox interview. He added yesterday that the plan to discuss the payoff publicly was made “a few days ago”: “He was well aware that at some point when I saw the opportunity, I was going to get this over with.”

A source said the attorney met one other person on Wednesday: Corey Lewandowski, who was fired as Trump’s campaign manager in 2016 after he was caught on-camera assaulting a journalist.

Just after Giuliani’s appearance with Hannity, Deputy Press Secretary Hogan Gidley had to scrub a pre-recorded interview with Fox and go into the studio. He said had “no idea of the topics” covered by Giuliani: “I’m not an attorney. I just work at the White House.”

But another source declared that “Trump was not at all upset about Giuliani’s performance”.