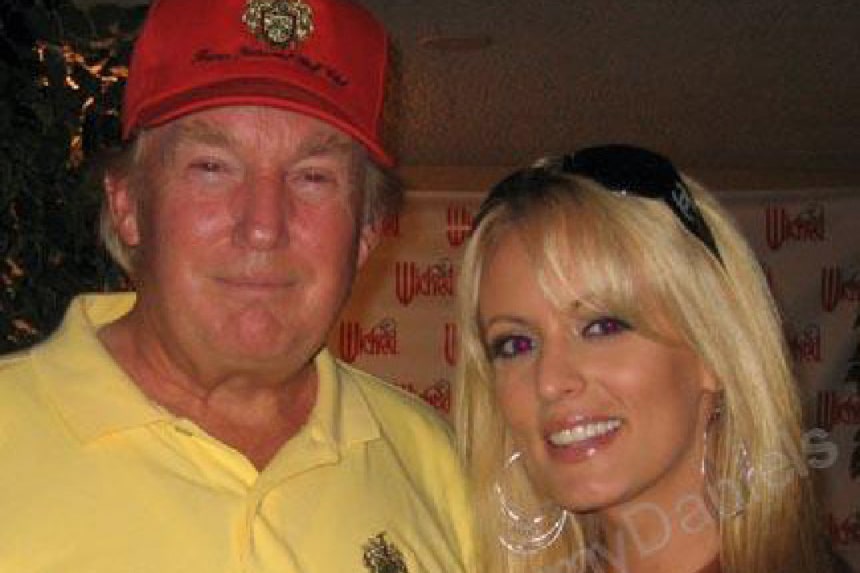 While denying the Trump campaign was involved in the payment, Giuliani effectively linked the payoff to it: “Imagine if that [the Trump-Daniels sexual encounter] came out on October 15, 2016, in the middle of the last debate with Hillary Clinton.”

Aaaand he did it again. Explaining why Cohen paid the hush money to Stormy Daniels, #RudyGiuliani says:

"Imagine if that came out on October 15, 2016, in the middle of the last debate with Hillary Clinton."

So… yea, he just tied the payment directly to the campaign. pic.twitter.com/yiu3Zg7ZYO

WH aide is bewildered this AM by Giuliani but says many on staff now feels like they’re not in control of the situation. Aide says POTUS and Giuliani are “running” their own strategy and have a generational rapport and shared grievances/perspectives….

Giuliani indicated that he wanted to show that there was no violation of campaign finance laws. “That removes the campaign finance violation, and we have all the documentary proof for it,” he insisted, saying that Cohen made the payment to Clifford/Daniels “on his own authority”.

Cohen initially maintained that the $130,000 was from his bank account, but he used the letterhead and e-mail address of the Trump Organization in communications about the arrangement. After an April 9 FBI raid on his home, hotel, and office over his business dealings, the attorney may be cooperating with both the inquiries of federal prosecutors in New York and those of Special Counsel Robert Mueller in the Trump-Russia investigation.

Giuliani said, “Some time after the campaign is over, they set up a reimbursement, $35,000 a month, out of [Trump’s] personal family account.” He said a total of $460,000 or $470,000 included money for “incidental expenses” that Cohen incurred on Trump’s behalf.

Giuliani said he spoke with Trump before and after the Fox interview, and Trump and his other lawyers were aware of what he would say.

The attorney said he was “not clear that” Trump was aware of the payment to Clifford at the time, 11 days before the Presidential election: “I don’t think he did [know] until now.”

A Violation of Campaign Finance Law?

Clifford/Daniels’ lawyer Michael Avenatti said a key issue will be how Trump accounted for any payment and whether it was hidden in a way that violated anti-money laundering statutes.

But Trump’s team appeare d to be making a concerted effort — amid concerns over any Cohen testimony to prosecutors and Mueller — that there were no violations of campaign regulations.

“A person close to the President” said lawyers had concluded from banking records that Trump reimbursed Cohen, establishing that campaign funds had not been used for the payment.

The source said lawyers also concluded that the funds did not come from a third party or the Trump Organization.

But such a payment from Trump — even if it made through a lawyer — would have to be disclosed to the Federal Election Commission as an in-kind contribution to the campaign and as an expenditure by the campaign, if it was for the purpose of influencing the election.

Trump’s campaign did not disclose the reimbursement to Cohen on its reports to the Commission.

Ty Cobb is the latest White House or Trump lawyer to quit, amid the turmoil around the Russia investigation and Trump’s personal affairs.

Cobb was brought onto the White House team last year as a high-profile attorney who could close off the Trump-Russia inquiry. However, his assurances that the matter would soon be wrapped up — initially by Thanksgiving, then by Christmas, all by early 2018 — were countered by the expansion of Special Counsel Mueller’s investigation.

“It has been an honor to serve the country in this capacity at the White House,” Cobb said in a telephone interview. “I wish everybody well moving forward.”

He is being replaced by Emmet Flood, known for his defense of Bill Clinton during the President’s 1998-1999 impeachment by Congress.