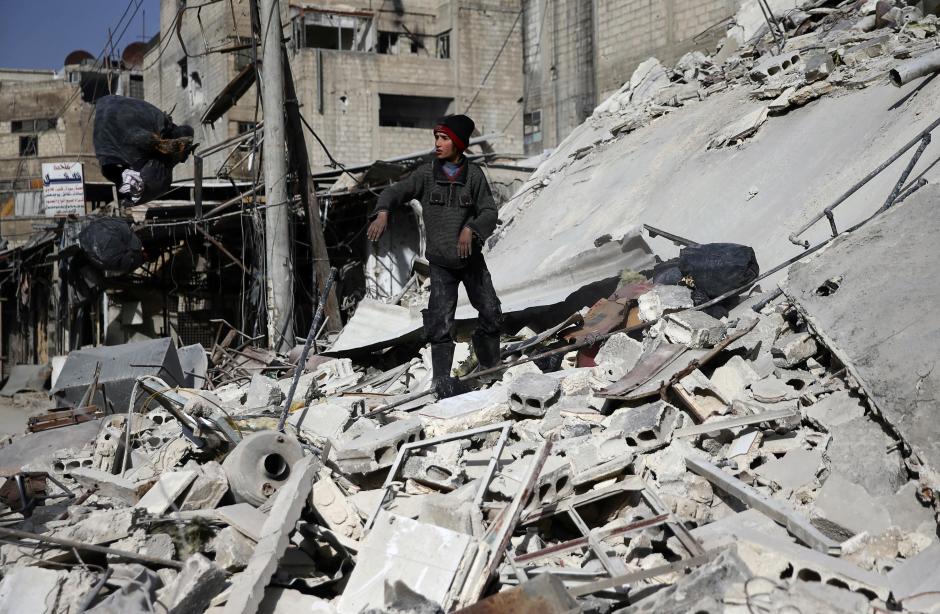 “For refugees, largely perceived by the regime as traitors, this increases their risk of permanent exile”

A Resident Returns to Regime-Controlled Douma
Fall of a Journalist: John Pilger and the Russia-Syria Disinformation Activists

The Lebanese Government has warned the Assad regime that a new property law could prevent the return of many refugees to Syria.

Law Number 10 give displaced Syrians — at least 6.6 million refugees and millions of others who have fled inside the country — 30 days to file documentation to claim their property and homes or risk forfeiting them to the State. It was adopted in April, as pro-Assad forces were seizing the East Ghouta area near Damascus and suburbs to the south of the capital, but has yet to be applied.

Defenders of the Assad regime say the measure is necessary to establish a clear system of ownership and to assist redevelopment. Critics say it is part of a strategy of demographic change and social engineering to reward those favored by the regime. They have drawn parallels with laws enacted in Lebanon after the 1975-1990 Civil War to seize land in central Beirut, and the absentee property law in Israel in 1950 that legalized seizures from Palestinians.

Lebanese Foreign Minister Gebran Bassil wrote to Syrian counterpart Walid al-Moallem on Saturday of the possible effects of the law:

The inability of the refugees to practically present what proves their possession during the given time limit might lead to them losing their properties and their sense of national identity….

This would deprive them of one of the main incentives for their return to Syria.

Bassil sent a similar letter to UN Secretary-General Antonio Guterres, calling for action to protect the rights of Syrian refugees.

Lebanon hosts almost a million Syrian refugees, but has closed its border since 2016 to further influxes.

For millions of internally displaced and refugees, such proof [of ownership] will most likely be mission impossible. Many left without title deeds, some lived in informal settlements, therefore without legally recognized proof of ownership and for others – mainly refugees – going back to Syria to provide such proof is tantamount to a suicide mission.

From the regime’s perspective, the law will serve three purposes: it gives them an additional vetting instrument over returnees and a way to strip political opponents of their assets. For refugees, largely perceived by the regime as traitors, this increases their risk of permanent exile. It will allow the regime to consolidate its power base by repopulating strategic areas with regime loyalists. This places the residents of informal settlements in major cities at risk of further dispossession. This may remove any potential source of future resistance for good.

Russian military people have arrested pro-Assad militiamen looting property in Damascus suburbs seized from the opposition at the start of May.

The militia were detained in Babila, one of three suburbs south of the capital that capitulated.

Pro-opposition site also claim that looting has been taking place in the Yarmouk camp, captured from the Islamic State, with militia executing a young man who tried to prevent the robbery of his house. A source said the militiaman who shot the man had to flee the camp, home to more than 200,000 displaced Palestinians before the Syrian conflict.

The sites say “dozens” of people have photographed and filmed the looting, despite threats of arrest if they did not delete the images. 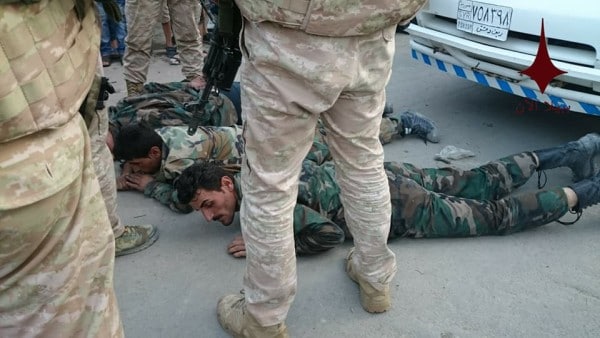 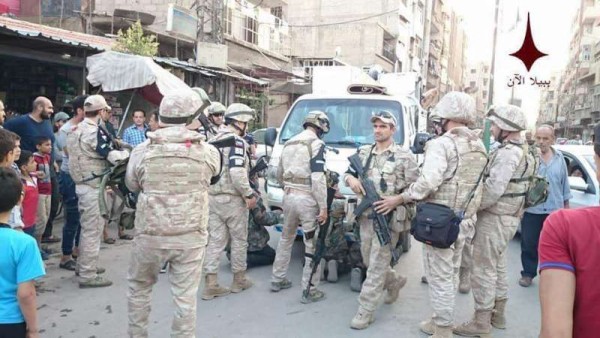 The Russian Defense Ministry said on Sunday that four of its personnel have been killed by “militants” in eastern Syria.

The Ministry said two “military advisors” were killed immediately. Five troops were wounded, two of whom died as they were being treated at a military hospital.

“Several mobile terrorist groups” attacked an artillery battery, prompting a regime unit and the Russian advisors to enter the hour-long battle, the Ministry said. It claimed 43 “terrorists” and six armed vehicles were “destroyed”.