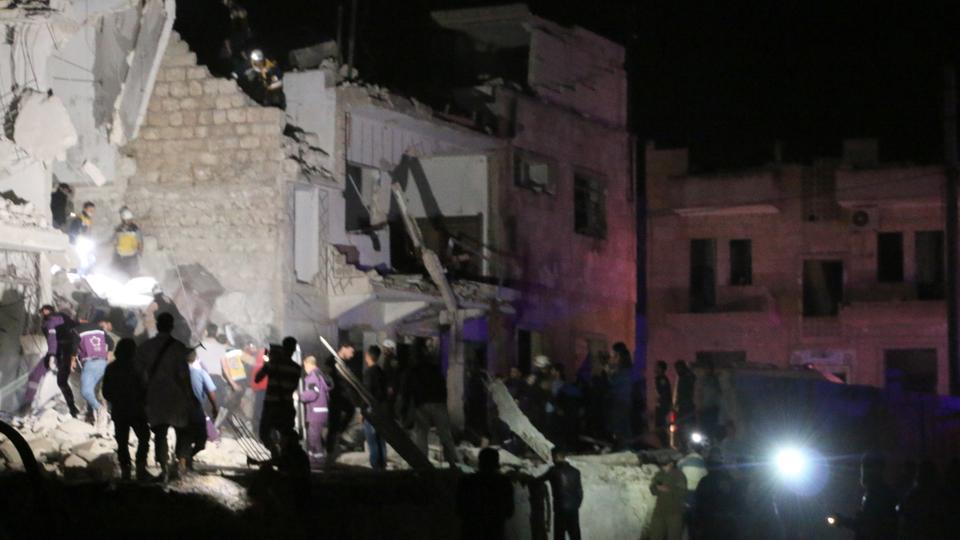 At least 12 civilians were killed and 25 wounded by a car bomb in Idlib city in northwest Syria on Saturday night.

The White Helmets civil defense reported the toll. Its director in Idlib, Mustafa Haj Youssef, said a bomb-laden car was detonated in front of a hospital, damaging nearby houses and vehicles.

Two medical staff were among the fatalities.

Most of Idlib Province has been held by the opposition since spring 2015. However, it is under pressure from pro-Assad attacks, fighting between rebels and the Hay’at Tahrir al-Sham jihadist bloc, and the demands of a population of about 2.5 million, swelled by hundreds of thousands of people displaced from other parts of the country.

Jan Egeland, the UN’s head of humanitarian operations for Syria, warned earier this month, “We cannot have a war in Idlib. I keep saying that now to Russia, to Iran, to Turkey, to the United States, to anyone that can have an influence.”

The province has been wracked by a series of assassinations and bombings, amid both the factional fighting and the pro-Assad attempts to undermine the opposition’s control.

A fourth group of displaced people from northern Homs Province, numbering about 1500 in 33 buses, have arrived in Idlib Province:

The arrival of the fourth batch of forcibly displaced civilians from #Homs northern countryside late at night. Number reached about 33 bus, carrying nearly 1500 people. #WhiteHelmets teams continue to provide care and support to those who are forced to leave their homes. pic.twitter.com/Yiw6qEbAZG

The civilians were pushed out of the Rastan pocket in northern Homs by a capitulation agreement last week.

About 1000 people from the southern Damascus suburbs of Yalda, Beit Sahm, and Babila — removed after the area finally surrendered to pro-Assad forces earlier this month — are now in Idlib after a five-day delay.

Convoys of displaced have been diverted from western Aleppo Province because the area’s camps are full.

Children play in muddy water at an Idlib camp: 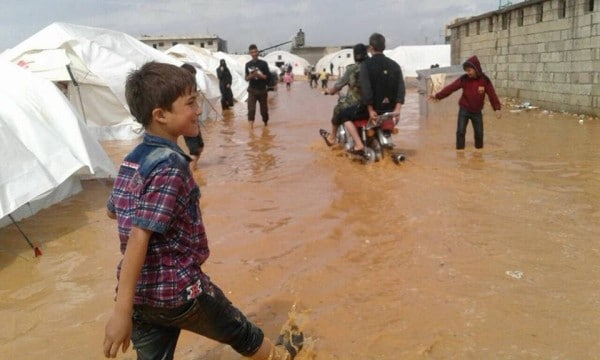