Podcasts: The Netanyahu Show — What Now for Israel, the US, and Iran 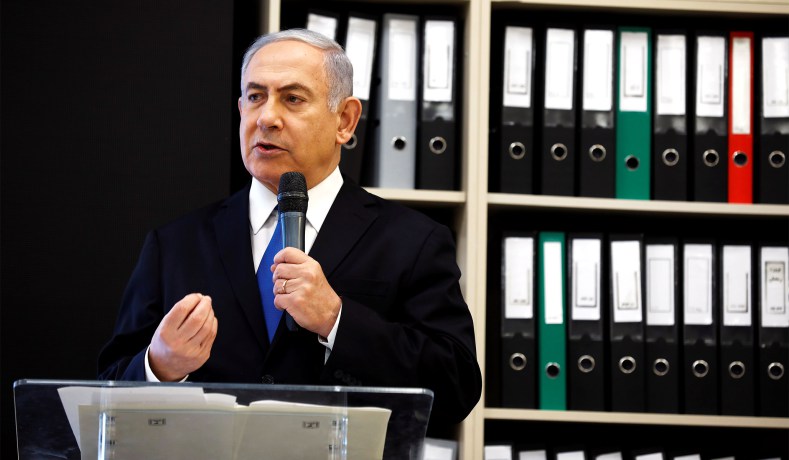 UPDATE, MAY 2: Christina Okello reports for Radio France International, with my contribution:

The Iran deal has always been a pawn in a bigger chess game in the Middle East. Iran has adhered to it, but we have continued to see an escalation of tension over Tehran’s presence in Syria alongside the Assad regime. We’ve seen an escalation of tension over Saudi Arabia’s intervention in Yemen, with Iran backing the Houthi insurgency. Lebanon is still a site for struggle, both over the internal politics and over Hezbollah’s position in Syria and versus Israel.

So far from removing the pawn and reaching an honorable draw, it’s like everybody has decided they are going for win-or-lose in this bigger game.

On Monday, Benjamin Netanyahu put on a show for international media, declaring that Israel had obtained an archive establishing Iran’s pursuit of a nuclear weapons program.

I joined both talkRADIO and Monocle 24’s The Briefing on Tuesday to discuss the reality and illusion of Netanyahu’ performance to establish its real significance.

That significance did not lie — at least from what could be seen of the 55,000 document and 100,000 files — in any new information about Tehran’s effort. Close watchers of the Islamic Republic know that it had a covert program in pursuit of The Bomb until 2003, but that it then suspended the military dimension of uranium enrichment.

Instead, Netanyahu was tipping off a coordinated US-Israeli effort to step up confrontation with Iran not only over the nuclear issue but across the Middle East. Hoping to break Tehran through economic measures, the Trump Administration will follow the Israeli Prime Minister’ act with its own display — Donald Trump’s authorization of sweeping US sanctions on May 12.

This throws everything up in the air in the Middle East, and we’ll have to see what falls down and who gets hit.