Iran Daily: Oil Minister — Europe Can Save Our Exports 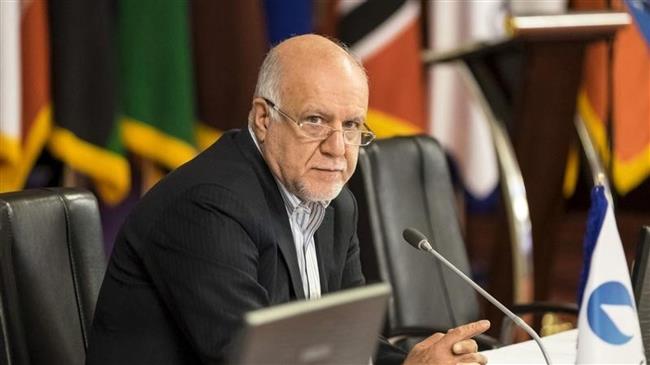 UPDATE 1245 GMT: The Supreme Leader’s office has applied pressure on the Europeans — and the Rouhani Government — over economic discussions.

Some European officials say they are not supposed to stand up to America and give guarantees.

These contradictions in the comments of European officials raise doubts. We hope that our authorities could get the necessary guarantees in their negotiations.

Velayati singled out the announcement by French oil giant Total that it will withdraw from a $4.9 billion investment in Iran’s South Pars gas field unless the US waives planned sanctions.

Iran’s Oil Minister Bijan Zanganeh (pictured) has said that Tehran’s oil exports will be unchanged if the European Union can salvage the Iranian nuclear deal following the Trump Administration’s withdrawal earlier this month.

Analysts have estimated that the imposition of sweeping US sanctions — including threats to foreign companies trading with the Islamic Republic — could reduce Iran’s oil exports from 2.5 million barrels per day to about 1.5 million.

Iran’s fragile economy has relied on that boost since implementation of the nuclear deal in January 2016. Before the agreement, exports were about 1.4 million barrels per day.

European countries take about one-third of the exports.

Zanganeh told reporters on Saturday after meeting the EU’s energy chief Miguel Arias Cañete in Tehran, “I believe that the help of the European Union helps us….The level of our oil exports will not change.”

Cañete told an Iranian news agency of aspirations to keep “the economic agreements that were sealed in connection with the JCPOA so that Iran’s oil exports remain at the same levels that existed before the US parted ways.”

He continued, “We plan to start negotiations with the US so that exemptions to certain sanctions are put into place, particularly with regards to trade agreements that were signed when the US was part of the JCPOA [Joint Comprehensive Plan of Action].”

Iranian officials, including President Hassan Rouhani, have said that Tehran will remain in the nuclear agreement if the EU and its members pursue economic links as well as maintaining political support.

The Supreme Leader has been more sceptical, demanding that the EU and the three European countries which signed the deal — the UK, France, and Germany — offer “guarantees” to Iran.

Ali Akbar Salehi, the head of Iran’s Atomic Energy Organization, asserted after meeting with Cañete that Tehran’s options include resumption of enrichment of 20% uranium if Europe does not sustain the JCPOA: “The ball is in their court. We hope their efforts materialize.”

How Far Will Europe Protect Companies?

On Friday, after a meeting of ministers, the EU announced a package of measures to protect some companies from US punishment if they continue trade and investment with Iran, including in the energy and financial sectors.

However, the steps at this point appear to cover only small- and medium-size companies, leaving arrangements between major firms and Tehran in jeopardy.

French energy giant Total has said that it will not complete a $4.9 billion investment in a phase of the South Pars gas field, the largest in the world, without a waiver of US sanctions. A January 2016 deal for 100 Airbus passenger planes to Iran is still in limbo, and the shipping firm Maersk and German insurance company Allianz are among those who have suspended economic activity with the Islamic Republic.

Speaking at a press conference with the EU’s Cañete, Energy Minister Reza Ardekanian said that a conference in Tehran will prepare for investments by small and medium-sized EU enterprises.