Iran: What Was Printed — and What Was Changed — in My Interview with Leading Outlet 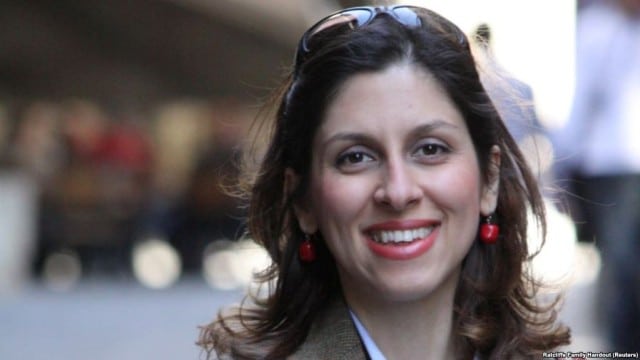 An interview on the nuclear deal offers insight into what can and cannot be said about political prisoners, Iran’s missiles, and Tehran’s political and military operations in Yemen and Syria

On Monday, I was asked by one of Iran’s leading outlets, the Iranian Labor News Agency, for my assessment of the state of the July 2015 nuclear deal and what happens if the US withdraws from it in mid-May.

I thought carefully about the request. I have refused any appearance on Iran’s English-language State outlet, Press TV, because of the political prisoner Nazanin Zaghari-Ratcliffe, an Anglo-Iranian dual national serving a five-year sentence.

I decided to respond to ILNA, not only to highlight dimensions of the nuclear deal but also to test analysis of Iran’s activities in the Middle East — and to mention the case of Zaghari-Ratcliffe.

The published outcome is an interesting display of “red lines” in the Iranian media. Almost all of my remarks have been posted intact, including:

*The reference to UK concern about Zaghari-Ratcliffe, with no denunciation of her as a “spy” or “foreign agent” — although a reference to her British nationality is removed.

*The discussion of US and European response to Iran’s activities in the Middle East is retained in general, including the Yemen and Syria, although there are some important deletions and alterations.

*A reference to Iran’s economic problems is left unaltered.

*Comments on the US and European positions on the nuclear deal are published in full.

*”Israel” is not changed to the “Zionist regime”

*While Iran’s support of the Assad regime’s military is acceptable, “attacks on civilians and the use of chemical weapons” cannot be mentioned.

*While Iran’s involvement in Yemen’s civil war is allowed, concerns over Tehran’s supply of missiles to the Houthi insurgency must be removed.

The text of the interview, with deletions and changes noted in italics:

We are approaching May 12th. Trump has threatened that if European countries don’t retrospect JCPOA [the July 2015 nuclear agreement, the Joint Comprehensive Plan of Action], his country will withdraw from this deal. Although JCPOA is an agreement about Iran nuclear issues, the European countries have increased their pressure [on Iran] on the matter of Tehran’s regional activities and defensive missile program. Do you think these pressures are applying in order to satisfy US President?

I think European countries are acting to maintain the JCPOA, balancing between the Trump Administration’s threat of withdrawal and Iran’s desire to maintain the agreement. That is why European signatories to the JCPOA — the UK, France, and Germany as well as the European Union — are proposing parallel negotiations on Iran’s ballistic missile [changed to “missile defense”] program.

I think it must also be recognized that European countries have their own concerns, which are not tied to the Trump Administration. These include their perception of Iran’s supply of missiles to the Ansar Allah movement in Yemen [changed to “They are worried about some of the claims that Tehran is involved in the Yemeni crisis”], and the Islamic Republic’s support of the Assad forces in Syria, including attacks on civilian areas and the use of chemical weapons [deleted]. And it must not be forgotten that some European states are concerned about dual-national citizens, such as the UK’s [deleted] Nazanin Zaghari-Ratcliffe, held in Iranian prisons.

Do you think these pressures have satisfied Donald Trump so that he remains in JCPOA?

I cannot predict what Donald Trump will do on May 12, when he must decide on renewing the waiver of Congressional sanctions. Many in the Administration — notably Defense Secretary James Mattis — favor staying in the JCPOA, despite the appointment of John Bolton as National Security Advisor and the nomination of Mike Pompeo as Secretary of State. But Trump is impulsive, and I do not know who might influence him at the last minute.

Many believe that John Bolton’s election as national security assistant and Mike Pompeo as secretary of state will mean taking more radical policies from the White House against Iran and possibly withdrawing from the nuclear deal. Do you think these changes have been made in order to withdraw from the agreement?

The appointments of John Bolton and Mike Pompeo are more to do with Trump surrounding himself with loyalists and those he admires from watching TV, rather than with the specifics of Iran policy.

While Trump said in his Presidential campaign that the United States would definitely end this deal, we see a year and a half since his arrival at the White House, but he has not yet done that. What causes Trump to stop making this action?

Up to this point, some influential White House advisors and even some Republican legislators have pointed to the costs of withdrawal. They note that Iran will quickly resume enrichment of 20% uranium, and pursue research and development of new centrifuges. They also note that withdrawal could escalate confrontation over regional issues, such as the Syrian conflict and tensions between Hezbollah and Israel.

These advisors have also supported the alternative policy of maintaining existing US sanctions on Iran without imposing the wider Congressional sanctions.

Many believe that Trump does not intend to withdraw from the nuclear deal, but wants to reduce the cost by creating a negative psychological environment and advertising that will prevent foreign investment in Iran which would cause Iran’s lack of interest in the nuclear deal. How much do you agree with this analysis?

The US is already pursuing a policy of maintaining sanctions which, directly or indirectly, limit the trade and investment links between foreign companies and Iran.

If United States leaves JCPOA, How do you think of Iran would response to this issue? Does Iran contemplate a scenario of JCPOA without U.S. or does Iran revert to the conditions before the nuclear deal?

If we take Iranian officials at their word — and I do — Tehran will resume enrichment of 20% uranium and research and development of centrifuges. However, Iran faces the wider issue of how to deal with serious economic problems that will be affected by further sanctions. This will require a policy of establishing economic links with other countries, which cannot be satisfied just by speaking of a “response” to US action.

How do you evaluate the Europe will react if U.S withdraw from the agreement? Will they be willing to engage in economic cooperation with Iran, or will they restrict their economic relations and political cooperation in the face of economic sanctions by the United States?

I think European states and the European Union will weigh their positions very carefully. I do not expect they will announce immediate action, either to follow the US or to restore links with Iran.

If Washington withdraws from JCPOA, do you think it will affect on meeting with Pyongyang and make North Korea distrustful?

I think the North Korean approach to its nuclear issue is being determined by other factors, such as its relations with South Korea and with regional countries, rather than any attention to the JCPOA.

If America withdraws from the nuclear deal, should we see more clashes between Iran and the United States in the Middle East and tensions in Western Asia?

I think that will be up to Iran’s leaders, including their approach to Afghanistan, Syria, Yemen, and Lebanon as well as their rhetoric about [changed to “positions on”] Saudi Arabia and Israel.