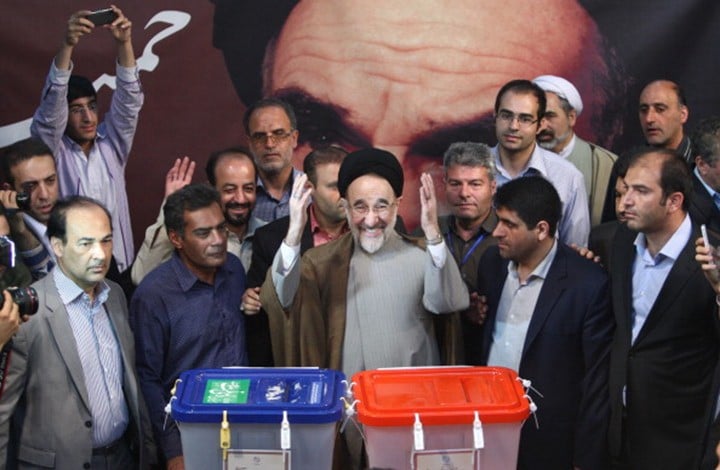 Former President Mohammad Khatami is reportedly under surveillance by agencies of Iran’s regime.

Citing “an informed source”, the reformist daily Etemad wrote that the bugs were discovered at the home and office of Mohammad Khatami, who led the Government from 1997 to 2005.

“Eavesdropping on the meetings attended by Khatami is not implausible,” Javad Imam, the managing director of Khatami’s foundation, said.

The surveillance devices were reportedly discovered by reformist ex-employees of the Intelligence Ministry.

Etemad’s source said newspapers linked to the Supreme Leader and his conservative allies are regularly publishing “exclusive” stories about Khatami’s activities that could be drawn from covert monitoring.

A former conservative MP, Hamidreza Taraghi, told the Khabar Online website last Sunday, “Mr. Khatami should not imagine that what he says at private meetings goes unheard. The system is aware of whatever he says and the positions he take towards different issues.”

Taraghi later walked back his statement after criticism, saying that he was not referring to surveillance. Instead, the former MP declared that reformists close to the former President relay his private comments to the authorities.

Khatami is already under tight restriction by the authorities. He cannot leave Iran, and media are forbidden from showing his image or publishing his remarks.

In December 2013, he spoke to former governors about surveillance, “At least be honest in quoting what has been clandestinely monitored.”

Maverick conservative MP Ali Motahari has also complained about covert monitoring. He said in July 2013 that he had discovered surveillance devices, including hidden cameras, at his personal office outside Parliament.

Motahari later claimed the Deputy Intelligence Minister and one of his subordinates were responsible for the bugging and had been dismissed.

Parliament’s Center for Islamic Research reported in July 2014 that a special “surveillance judge” would be appointed to issue licenses for wiretapping and other monitoring operations. The judge, endorsed by the Supreme Leader, would only be accountable to him and the head of the Supreme National Security Council.

The proposal has still not been implemented.