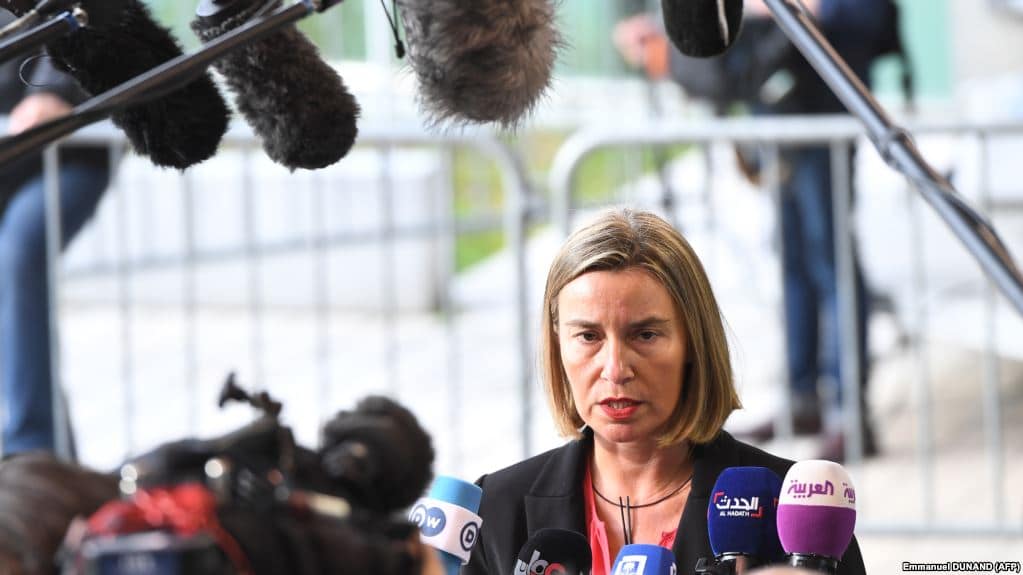 Britain, France, and Germany had sought agreement from the 28 ministers for measures over Iran’s support of the Assad regime in Syria.

“There is no consensus at the moment on the fact that these measures would be useful in this moment, or appropriate in this moment,” EU foreign policy chief Federica Mogherini said after the Monday’s meeting.

She said further consideration on how to deal with Iran’s involvement in the Syrian conflict “will happen in the coming days or weeks”.

German Foreign Minister Heiko Maas explained the approach to EU colleagues, “We disagree with the role that Iran plays in Syria. And that is why, in particular, my French colleague and myself, but also the British colleague, have once again addressed the topic of sanctions.”

Last week, the EU extended sanctions for another year against Iran over “serious human rights violations”. The restrictions from 2011 include travel bans and asset freezes against 82 people and one entity, as well as a ban on export of equipment that might be used for internal repression or monitoring telecommunications.

The Anglo-French-German initiative came as the Trump Administration is considering a significant expansion of sanctions or even withdrawal from the nuclear deal. Donald Trump faces a May 12 deadline for a decision on whether to extend waivers of Congressional sanctions.

The Administration has indicated that the waiver will only be renewed if there is a European commitment to revised clauses in the Joint Comprehensive Plan of Action, and to negotiations with Iran for a separate accord limiting Tehran’s ballistic missile program.

Iranian officials have resisted any talks over missiles, while trying to detach European governments from the US position.

“One thing is clear to all of us,” Mogherini said. “We want to preserve the nuclear deal with Iran. We want to see the full compliance by all to all commitments included in the deal.”

Mogherini said the EU takes Iran’s activities in the region “extremely seriously, and that is why we already have a sanctions regime in place addressing some of this behavior.”