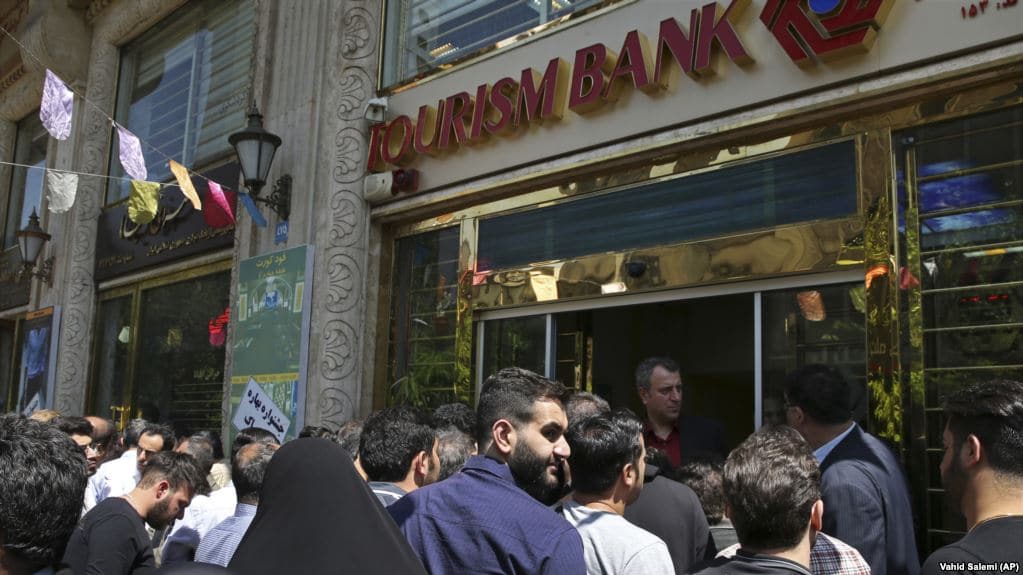 The efforts of Iran’s Rouhani Government to stem a historic fall in the rial appear to be in trouble, with confusion in exchange markets and a sharp reduction in transactions.

Last week the Government imposed a level of 42,000:1 for the rial v. the US dollar, seeking to unify the official and open-market rates.

Before this winter, the rial’s low was about 45,000:1, reached in 2011-2012 during the Ahmadinejad Administration amid tightening international sanctions.

Iranian authorities have also raised interest rates and arrested unofficial currency dealers, but the measures have not been effective.

Some street exchange bureaus are reportedly flouting the new declared rate, selling limited amounts of dollars instead at 53,000-55,000 rials. The Bonbast site, which monitors the Iranian currency, puts the “real” rate at about 55,500:1.

Other exchange offices are closing down rather than trade at 42,000:1. Some reports say the only banks which can afford to sell foreign money are those at six Iranian airports, with those at other airports and borders exhausted of currency.

A group of 63 MPs have called on President Hassan Rouhani to fire Central Bank Governor Valiollah Seif over the crisis. The Governor insisted on Monday that the exchange rate will only fluctuate 5% to 6% per year “on the condition that the Central Bank’s policies are implemented”.