Populism and Uncertainty — Italy Searches for a Government 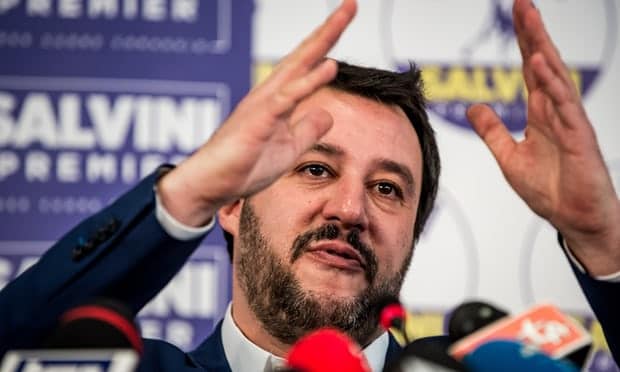 “Populism continues to dominate Italy’s politics. Everything else is a question mark.”

Republished from The Conversation:

Italy has been a populist stronghold since 1994, when Silvio Berlusconi created his Forza Italia party. His goal was allegedly to “save” the Italian people from being governed by “Communists” after the collapse of centrist parties under the weight of anti-corruption investigations. Having won the election in the same year, Berlusconi then led a short-lived coalition government, with the support of the extreme-right party the Social Movement and the regionalist populist Lega Nord.

Fast forward 24 years to the 2018 election, and not only is Berlusconi still FI’s leader (and indeed owner), but, together with a renewed Lega, he has again managed to assemble an electoral coalition that could end up in government.

However, this time there is an important twist: yet another populist political actor was born in the meantime and now happens to be the largest single party of all: the Five Star Movement (M5s). Having entered the Italian political scene less than ten years ago as an anti-establishment force, this group has struck a chord with an electorate weighted down by the economic crisis and fed up with the corruption of mainstream parties. In this election the party has attracted just below 1/3 of the votes by standing alone.

A first analysis of the electoral outcome should start with the undisputed winner – M5s. There is no denying it has achieved an amazing result, especially given that its performance in leading local administrations in recent years, particularly the city of Rome, has been far from impressive.

Having gained around 32% of the national vote, M5s has confirmed its position as the most successful new party in the history of Western Europe (going from 0 to 25% between 2009 and 2013, and having grown a further 7% in the following five years). As such, the Italian President, Sergio Mattarella, might well feel compelled to give it a chance to form a government before exploring the alternatives.

However, it is not obvious at this stage who could work with Beppe Grillo’s party to lead the country. A solution will probably turn out to be to reach an agreement with the Democratic Party (PD). But that’s the very party that M5s has long identified as the source of the country’s ills. This would be a complete reversal of the position taken by M5s after the 2013 election, when it refused to even consider such a possibility and went into opposition, forcing the PD to govern with FI.

The difference between then and now, however, is considerable. Back then, the PD-led coalition had emerged from the election with 29% of the vote – the largest share. M5s took 25%. Moreover, this coalition had a much larger number of seats than M5s, due to the electoral law in force at the time. This time round, the PD suffered a crushing defeat (its vote has gone down from 25% in 2013 to 18%) and would be forced into a supporting role if it went into partnership with the dominant M5S. It’s unclear why the Democrats would want to swallow such a bitter pill. While not impossible (after all, the centre-left has a great ability to shoot itself in the foot), I regard such a solution as very unlikely. It would be tantamount to committing political suicide.

Meanwhile, the right wing alliance – made up of Berlusconi’s FI, Matteo Salvini’s Lega and Giorgia Meloni’s Brothers of Italy, is by far the largest coalition. However, the Lega has overcome FI for the first time with an astonishing 17% of the vote (vs FI’s 14%).

This is very significant since the agreement between the two was that whichever of them came on top would have a right to put forward the prime minister. If the right eventually manages to gain the support of enough MPs to create a government, therefore, Salvini would have to lead it.

Salvini’s radicalism and harsh rhetoric (particularly on immigration) makes it less likely that anyone would want to give the right wing coalition this opportunity (and in any case, it is not clear at this stage where such extra MPs would come from). But having brought the party from 4% in 2013 to 17% today (the best result ever achieved by the party, and by far) Salvini’s position within the Lega is now unassailable.

With the right-wing alliance unlikely to have enough seats to govern on its own and voters so obviously fed up with mainstream parties, it now looks at least possible that, despite their differences, the Lega and M5s may want to explore the possibility of governing together. This would be very difficult for the Lega, as the party would need to ditch its well tested alliance with FI, one that has served it well during many years.

Such a move would be further complicated by the fact that the two right-wing allies (and their minor ally, Brothers of Italy) have fielded coalition candidates together, since, under the new electoral law, one third of the seats are selected from single-member districts (SMDs) according to a plurality rule. It is true that each of the candidates came from one of these parties and, ultimately, is loyal to them, however they have received the support of all right-wing voters. If the Lega ignored this and agreed to join M5s in government, Berlusconi would accuse them of betraying the electorate.

In the end, what we are left with while we still wait for the final results to be confirmed is the certainty that populism continues to dominate Italian politics. Everything else is a question mark.