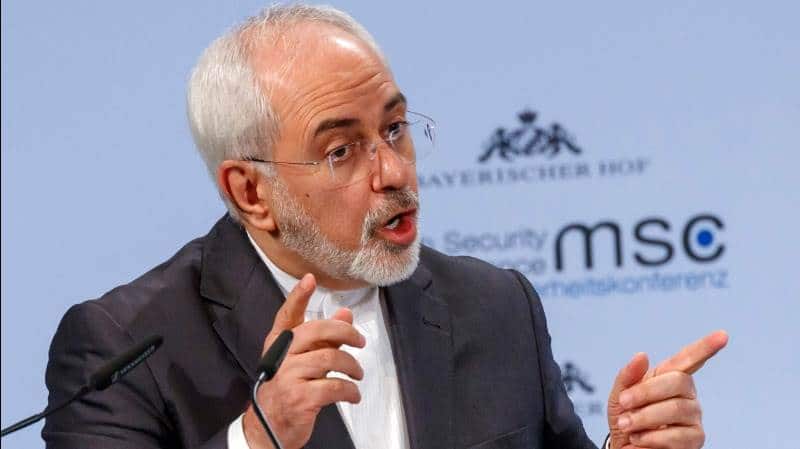 Zarif: “US misuse of certain Syrian groups as its army infantrymen can leave long term effects”

As he arrived in Moscow for talks with Russian officials and a conference at the Valdai Institute, Zarif avoided any direct reference to the Syrian Kurdish Democratic Party (PYD) and its YPG militia.

But he aimed at them through the US, which has provided essential political and military support for Kurdish gains in northern Syria, particularly through the defeat of the Islamic State, since 2015.

Zarif said “the latest stage of the US presence in Syria is a very dangerous one” and asserted that “the Americans are engaged in activities in Syria through a pre-calculated policy, trying to occupy parts of the Syrian territory”. He declared that the US “misuse of certain Syrian groups as its army infantrymen can leave long term effects on the historical memory of the Syrian people and cause tension inside that country”.

Iran has always been cautious about the establishment of a de facto Kurdish autonomy, despite the removal of ISIS from all its major positions in Syria. During the winter, the Supreme Leader’s top aide, Ali Akbar Velayati, issued statements of support for a possible pro-Assad assault on the Kurdish area, as frontlines were established in Deir ez-Zor Province in eastern Syria.

Tehran’s officials see the US using the Kurdish groups as part of Washington’s approach to limit Iranian influence in Syria. Zarif said, “The only thing the White House officials are thinking about is how to confront Iran in the region and this has given shape to a very dangerous policy.”

Further impetus to the Iranian position has been given by the Turkish-rebel offensive, launched on January 18, upon the Kurdish canton of Afrin in northwest Syria. Iran is allied with Russia and Turkey in political maneuvers including eight sets of talks in the Kazakh capital Astana.

US to Europe: We’ll Stay in Nuclear Deal…But You Have to Improve It

A State Department cable has indicated that the US will stay in the July 2015 nuclear deal with Iran, but is calling on Britain, Germany, and France to obtain improvements.

The cable points to Donald Trump again renewing US sanctions relief in May, despite his ongoing threats to leave the “worst deal ever”.

Meanwhile, in the ongoing battle over the European position, the State Department says London, Paris, and Berlin — the three European signatories to the accord — must act:

We are asking for your commitment that we should work together to seek a supplemental or follow-on agreement that addresses Iran’s development or testing long-range missiles, ensures strong IAEA inspections, and fixes the flaws of the “sunset clause” [the end of the agreement in 10 to 15 years].

The European countries have said they want a separate agreement over Iran’s ballistic missile development — an arrangement publicly rejected by Tehran — but have emphasized that the nuclear deal must stay in place.

Tehran’s officials, including President Hassan Rouhani and Foreign Minister Mohammad Javad Zarif, have encouraged the European states to distance themselves from the American hardline and expanding sanctions outside the terms of the deal. However, Iran is having limited success in obtaining vital European trade and investment amid the US restrictions.

“Two European officials and two former US officials” said Europe is cautious over Washington’s approach because it is uncertain what will satisfy Donald Trump and want to avoid a commitment only to find that he makes more demands.

But “five current European and four former US officials” say the US line sets a lower standard than that laid out by the Trump Administration in January and so might bring an advance with Iran.

The Supreme Leader has apologized on behalf of the regime after the nationwide protests of late December and early January.

Ayatollah Khamenei told an audience from Tabriz in a religious ceremony in Tehran on Sunday:

People have complaints about some of the country’s existing issues….[This] is not only directed at the government, the parliament and judiciary. Maybe some also criticize me.

Khamenei said Iran had made progress in the past decade but is “behind when it comes to justice”: “We need to apologize to people and to God…[and] work at doing better in this area too.”

The Supreme Leader was initially reticent at the outset of the spreading protests from December 28, with officials trying to blame a small minority for hijacking demonstrations and causing violence. However, in the following weeks, the regime began to acknowledge issues, albeit focusing on the economy and ignoring any reference to political matters and concerns about rights and justice.

Khamenei’s shift towards acknowledgement of “justice” comes amid controversy over the deaths of detainees in custody, including several protesters and an Iranian-Canadian academic and environmentalist who was seized on January 24.

Authorities have tried to label the deaths “suicides”, but President Hassan Rouhani has ordered an inquiry with a panel of three Ministers and a Vice President.