Iran Daily: EU to US — We Will Get Around Your Sanctions If You Leave Nuke Deal 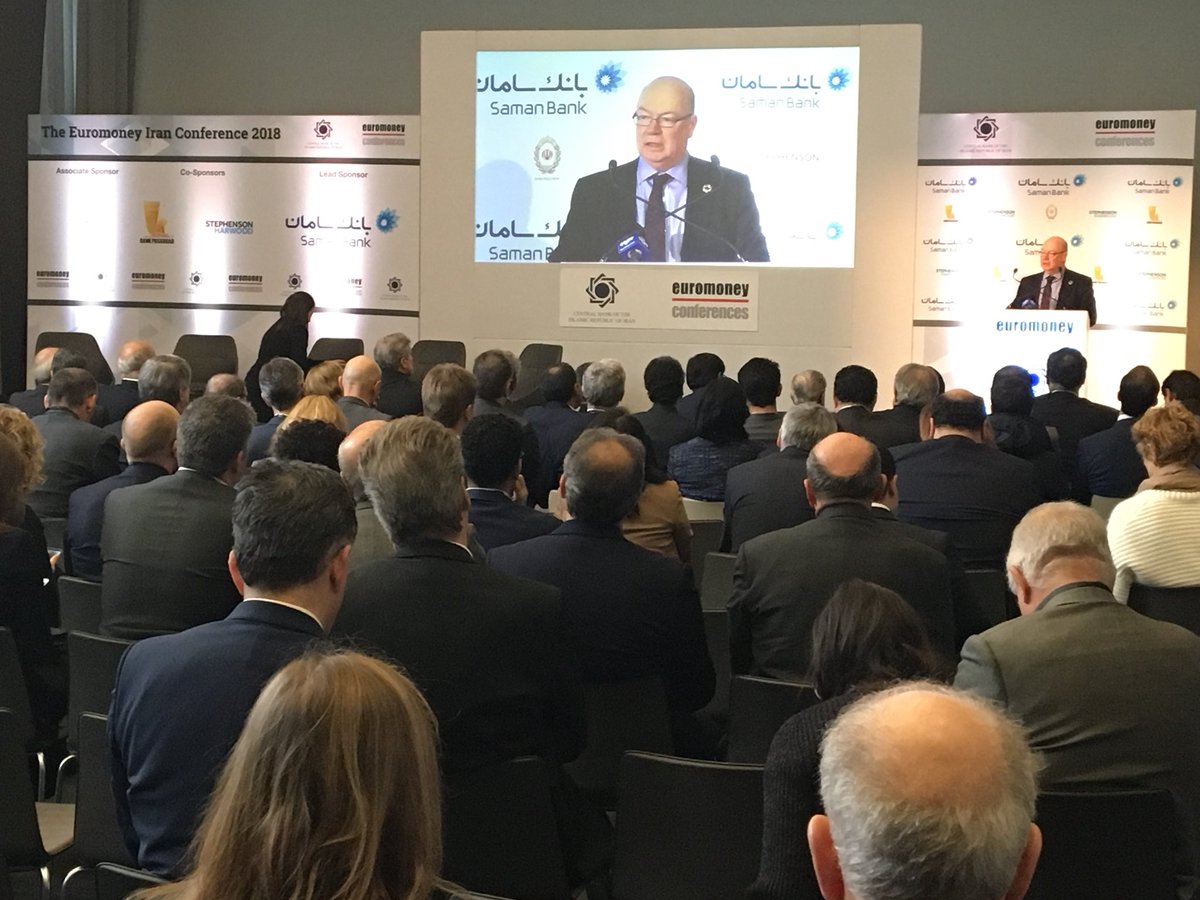 The European Union has cautioned the US that it will establish regulations to protect its firms doing business in Iran if Washington withdraws from the July 2015 nuclear deal and tries to punish foreign companies trading and investing with the Islamic Republic.

The Trump Administration has threatened the restoration of sanctions that were removed by the deal, including a statement by Donald Trump on January 12 that France, Britain, and Germany — the three European signatories to the agreement — must join the US in seeking revisions.

Iran has rejected any renegotiation, and the European Union and its members have maintained support of the ccord.

Denis Chaibi, the head of the Iranian taskforce at the EU’s External Action Service, said at a conference in Paris that the EU may restore “blocking regulations” to protect its firms from external sanctions.

“We are looking at a number of possibilities. It is not complicated to do it legally in that the legal instrument exists, but it doesn’t require a huge internal debate,” Chaibi said.

The regulations were agreed in 1996 as a countermeasure to US sanctions on foreign businesses trading with Cuba.

Chaibi made clear that the measures will not be reintroduced “protectively” but can be revived when “it is clear” that the US is pursuing extraterritorial sanctions.

The sanctions were using before the nuclear deal to impose billions of dollars in fines on European companies and financial institutions, including a punishment of almost $9 billion in 2014.

The prospect of the renewed US restrictions, as well as ongoing banking and financial limits, has limited foreign deals with Iran since the nuclear deal was implemented in January 2016. A high-profile deal with Airbus for 118 passenger jets, signed weeks after implementation, has brought in only a few smaller aircraft in two years. Total, the French energy giant, has said that a $4.9 billion deal to develop a phase of Iran’s South Pars gas field will be in jeopardy if new US sanctions are adopted.

Speaking at the conference, Iran’s Deputy Foreign Minister Abbas Araqchi repeated that Tehran will not reopen discussions over the nuclear agreement: “We have always fought against terrorism. Iran has always played a key role in bringing stability and peace to the region….There is no link between the (nuclear) deal and our role in the region.”

Araqchi accused the US, Israel, and Saudi Arabia of policies that “have led to crises and wars in the Middle East”.

Britain’s Minister for the Middle East, Alistair Burt, said European powers are absolutely clear. We want the deal to succeed.”

However, he added, “Iran also needs to avoid taking actions which threaten regional security,” claiming Iranian supply of missiles to Yemen’s Houthi insurgency which have been fired at Saudi Arabia.

The European Union and France have called for discussions on a separate deal covering Iran’s research and development of ballistic missiles. The Islamic Republic has publicly rejected any negotiations, denying that the matter was considered between Foreign Minister Mohammad Javad Zarif and European officials in Brussels last month.

Iran Rejects Another US Approach Over Imprisoned Iranian-Americans

Iran has rebuffed another US attempt to negotiate the release of Iranian-American political prisoners held in Tehran.

In December, US officials raised the issue in a back-channel meeting in Vienna on the sidelines of formal talks over the July 2015 nuclear deal, but were rebuffed.

Iran acknowledged last May that similar talks had taken place in the Austrian capital.

But on Thursday an Iranian official waved away the latest reports, saying they were “old news”.

Hamidreza Taraghi, an advisor to the Supreme Leader’s office, said that he had given interviews since July to Iranian outlets about similar attempts for secret talks, using intermediaries from Oman and from Europe: “In the nuclear deal, they have shown themselves as dishonest, so what is the use of new talks anyway?”

At least four US citizens and two permanent residents are among a series of dual nationals held by the Iranians. They include Iranian-American oil executive Siamak Namazi and his 81-year father Baquer, a former UNICEF officials, serving 10-year sentences; Chinese-American historian Xijue Wang, also serving 10 years; and Iranian-American art gallery owner Karan Vafadari, given a 27-year term as a 16-year sentence was imposed on his wife Afarin Neyssari.

Earlier this week, Iranian authorities denied a medical parole to Baquer Namazi, who is suffering from serious heart problems, and returned him to Tehran’s Evin Prison.

Taraghi said Iranian officials had been contacted on numerous occasions: “They had diplomats from Oman coming to the island of Kish. They asked European politicians to convey this message to our Foreign Ministry officials. Things like that.”