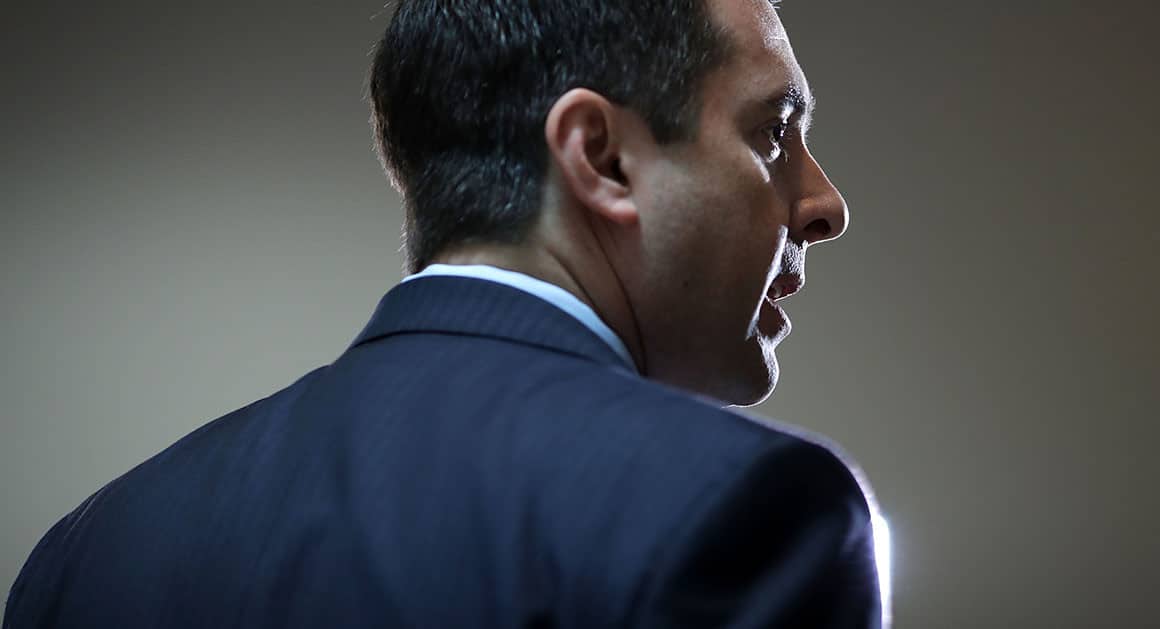 The White House has just released the 4-page memo by Representative Devin Nunes — chairman of the House Intelligence Committee and member of the Trump transition in late 2016 — trying to declare the FBI illegitimate in its pursuit of the Trump-Russia investigation.

Specifically, the memo tries to claim that the FBI acted from anti-Trump bias in obtaining a warrant from a top-secret Government court for surveillance of Trump campaign advisor Carter Page in October 2016.

Here’s an eight-point summary of the lack of substance and the document and its real service — as a “political hit piece”:

1. The memo asserts that a 2016 dossier by the private intelligence firm Fusion GPS on Trump-Russia contacts was “essential part” of the FBI application for the top-secret warrant for surveillance of Page.

There is no evidence for this assertion.

2. The memo does not consider alternative FBI intelligence that led to the application for the warrant — namely, that Carter Page had been a person of interest since 2013 because Russia might be recruiting him as an agent.

3. The memo claims bias because the Democratic National Committee paid for intelligence from Fusion GPS — but omits that the initial commission came from the conservative Washington Free Beacon.

4. The memo then has a lot of tangential information about approach of Fusion GPS’s Christopher Steele to US media, to publicize the extent of the Trump-Russia contacts, and Steele’s dislike of Trump.

A. This does not touch upon the validity of the information in the Trump-Russia dossier of Fusion GPS.

B. (Again) This was not the main source for the FBI application to the FISA court.

5. There’s an awkward tacking-on of the private texts between FBI’s Peter Strzok and Lisa Page, which have no relevance to the FBI approach to the FISA court.

6. Meanwhile, the memo mentions the FBI investigation of “George Papadopoulos” – But fails to mention that this was because Trump foreign advisor Papadapoulos was in talks with Russia-linked officials about provision of information damaging Democratic nominee Hillary Clinton.

7. From an intelligence point of view, this is a document resting on a key misconception — that the Fusion GPS dossier was the only source of Trump-Russia information for FBI (or for others like me) in October 2016.

8. But this only reinforces that, from a political point of view, this is a blatant operation to smear the FBI by any means possible to tarnish the Trump-Russia investigation as illegitimate before Trump is swept up by Special Counsel Robert Mueller.